THERE'S SOME CHANGING AHEAD 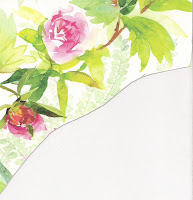 Things have been happening fast here in the last couple of weeks.

Not only am I having a knee replaced in one month, but ten days before that I am moving!

I had put in an application to rent one of the new duplex units that are being built here in town as soon as they started taking applications. I just found out last week that I was approved, was able to tour the unit the next day and decided to move in by August 1. Unfortunately that is just a few days after my knee surgery, so they agreed to let me start moving in on the 16th, before the surgery. So I should be pretty well settled in time for surgery and following recovery.

So here I sit, very early in the morning with boxes and 'stuff' from the closet shelves, plus the kitchen table is completely covered with all the things I had on display above the kitchen cupboards and a long shelf above the doors. Everything is very dusty and spider-webby so it all needs to be washed before packing. Hopefully I will be able to part with some of the things as storage is a bit limited in the new place.

Yesterday my granddaughter and her husband from Omaha stopped  and brought me quite a few flattened boxes from her work so I have a bunch to fill for now. I do have to go buy some packing tape first. When I moved here I used duct tape as I thought it might be stronger, but found out it does not stick to cardboard boxes very well and bottoms started to come apart in the moving!

The kids got on the step stool and took everything down for me since I couldn't reach it, and am unable to use a ladder or step stool with my bad knees, and that was a huge help. So you know what I will be doing a little later this morning.

The unit I am moving to is a two bedroom so it will be nice to have the extra room to use as a sewing/ computer room. Hopefully by the time I get everything in there I will still have room for an extra bed for guests. I will also have a big shower with a low lip that will be easier for me to get into instead stepping into a deep bathtub which has become nearly impossible with my knees. There is also an attached garage that is drywalled! I have lived in several houses and none of them had finished garages like this. All new appliances come with it, including a dishwasher! Carpeting is only in the bedrooms, so no more carpet on every single floor in the house, like here, including kitchen and bathroom. I might wish I had the carpet this winter since I always run around barefoot all year long. But there are always area rugs I can put down in places if I want to.

My daughters will be here the weekend of the move, and I asked my church if they would be willing to move the big stuff for me like they did 10 years ago when I moved in here. They said yes! I am only moving one block north and 2 blocks east so it would be really expensive to hire a moving company.

One thing I am a little sad about is that I have no place to hang my husband's porch swing. It is an antique. And it was so handy when I had to give someone directions to my house. They just had to find the red swing in front. There is at least one other house on the block with a swing but it is white. Just can't miss that red! I just have to keep reminding myself that you can't keep things forever. It is too bad that none of my kids have a place for it either. 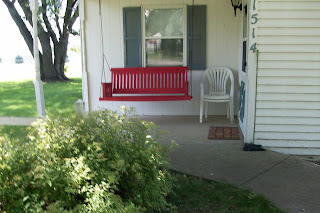 With all this happening, my blog posts will still be quite sporadic for awhile. But you have a pretty good idea what I will be doing. I will also be going to physical therapy two or three times a week after the surgeries so I have a feeling I will be taking a lot of naps as I will be worn out.

HOW DO YOU UN-FRY A CHICKEN?

(I intended to send this out June 10 but it seems I must have forgotten to hit 'publish' as I see it is still in draft mode. See what lack of sleep does!)


I sure didn't do what I said I would. I can't seem to get my brain to 'want' to blog for awhile. It doesn't help that I rarely sleep longer than a couple hours at a time and often have to get up and watch tv because I start to toss and turn and wide awake between 2:30 to sometimes 5 or 6 AM before going back to bed and finally able to go to sleep again. That doesn't help to keep the mind from getting foggy.

I have kept busy running to doctor appointments the last few months. For one, I go to the local clinic and have a protime test every one to two weeks to check how thin my blood is since I was put on coumadin, actually warfarin is the generic name. The clinic is only 5 or 6 blocks away and takes about 15 minutes including wait time, but it does mean that I have to get out of my sloppy clothes I wear in the house, and sometimes even my PJ's, and take the time to go.

I also saw a orthopedic surgeon that specializes in knee and hip replacements and have scheduled knee replacements for both knees in the coming months. He will do one and then wait two months to do the other one, providing I have recovered well from the first. That takes place in a city 60 miles away. So between pre-op checkups and post op checkups for both surgeries, I have several more appointments to get to. Add to that, my 3 month checkups with the oncology doctor.  In 10 months I can change that to every 6 months so that will be some relief.

If any of you have had bone-on-bone joints for awhile, you probably know how it hurts to walk or stand and I am long overdue for the surgery. I wish I didn't have to wait longer but the doctor wants me to lose weight and go to physical therapy to gain some strength in my legs before the surgeries. So I finally kicked my behind and got to work on dieting again. So far I have lost 14 lbs! That brings me to this blog title about unfried chicken.

Many years ago Oprah featured her personal chef, Rosie, on her show who showed how to make unfried chicken and unfried french fries, two of Oprah's favorites. I have to agree with Oprah about the chicken. It is very good and you can find that recipe here.

I did change it up a bit this time since the doctor said to eat lots of protein and vegetables and no carbs, so I did not add the flour and breadcrumbs when I made it the other day. I also did not dip the chicken in the yogurt first since I was not breading the chicken. Instead, I just mixed all the spices together, put in a plastic bag and shook the chicken with the spices to coat each piece.

I had a package of 6 boneless chicken breasts that I used. Those breasts were so big that the total package weight 5 pounds! I had to mix up the spices about 4 times in order to cover all 6  and so they were heavily spiced, but oh-so-good! I did cut the breasts in half after they were baked and one piece was plenty for a meal. I will certainly make this again.

I have sliced a piece up and added to a green salad for a main dish and it is very good that way too. I think today I will use some of it to make a chicken vegetable soup that is included in the diet plan I am using.