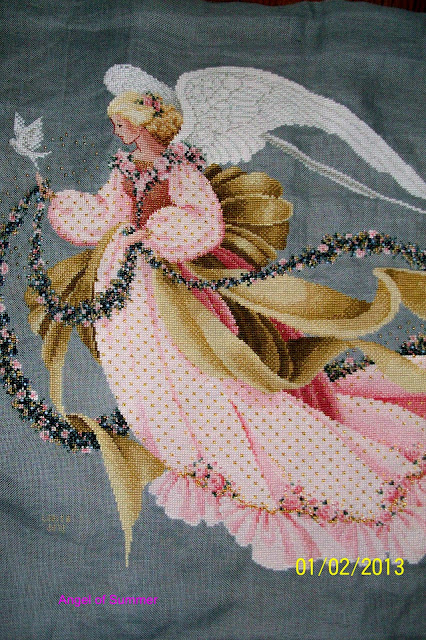 ANGEL OF SUMMER
It is finally finished! I wish I had kept track of all the hours involved, but that is rather hard since I would pick it up and work on it for just a few minutes at times, and at other times I would spend an hour or two.
﻿ 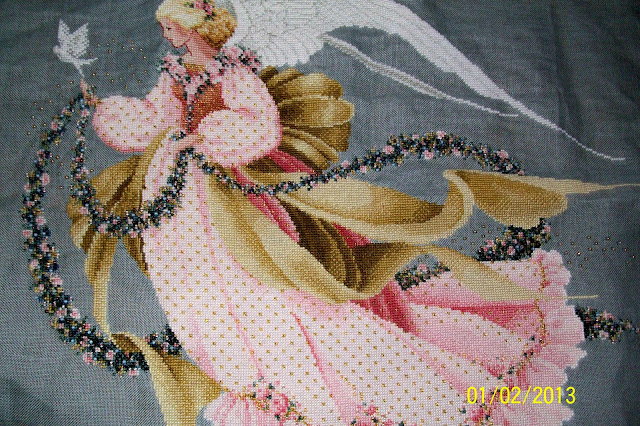 I was trying to show more detail so you could see all the beadwork but this just didn't do it justice. 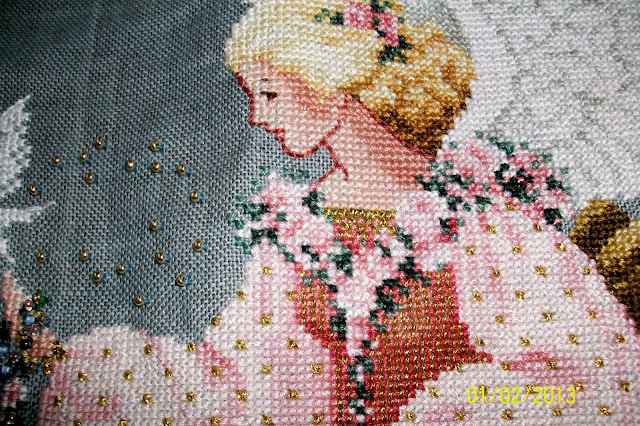 So I tried close-ups of some of the sections. Notice all the metallic gold stripes on the vest and the dots on the rest of the dress. The large seed beads on the background are actually metallic gold as well but seem to show up more silver here. Maybe it is just my eyes. 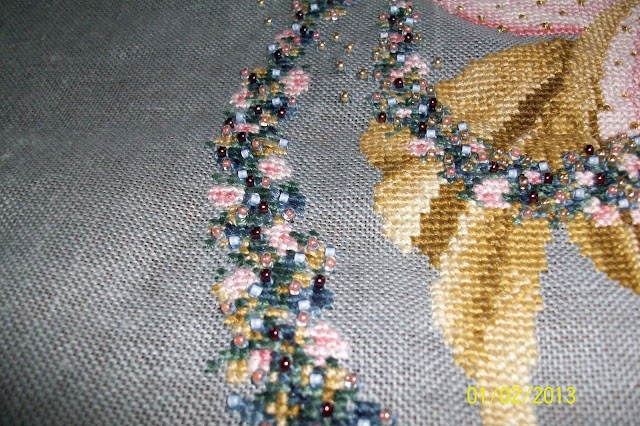 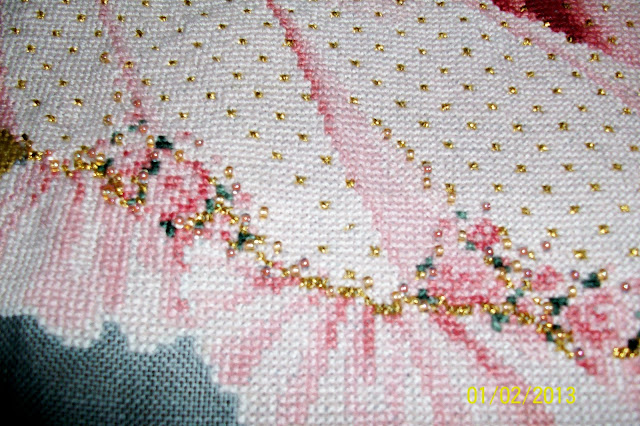 Even a few beads above the skirt flounce and a few scattered on the skirt itself, mostly gold. 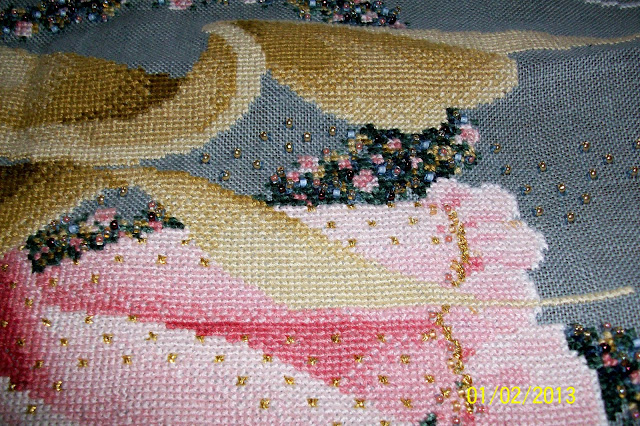 More of the skirt and flower garland detail.
It took using a magnifier hanging around my neck to get all the very fine details done. There are mistakes. Can you find them? I doubt it, since it was mostly in the shading areas where I didn't count right so might be one square off. I didn't bother to change those since it doesn't make a big difference in the overall picture. This was a lot of work and occasional frustration, but it was really fun. Next project? Get it framed!
﻿ 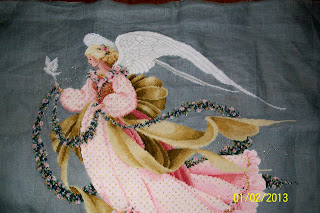