I had a hard time figuring out how to get good pictures of this to show it off the best. I don't think I did a very good job but at least you get an idea of what it looks like. 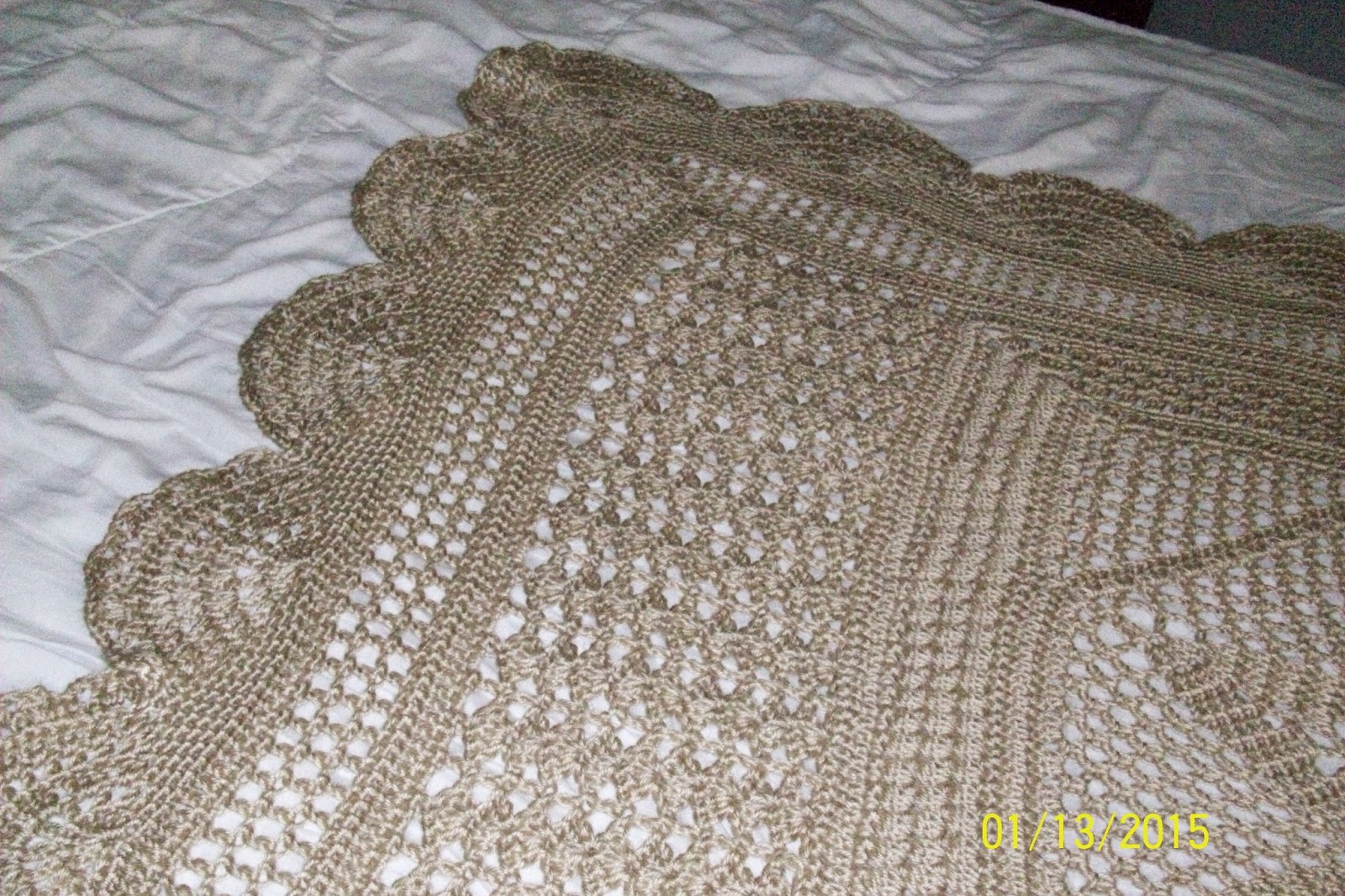 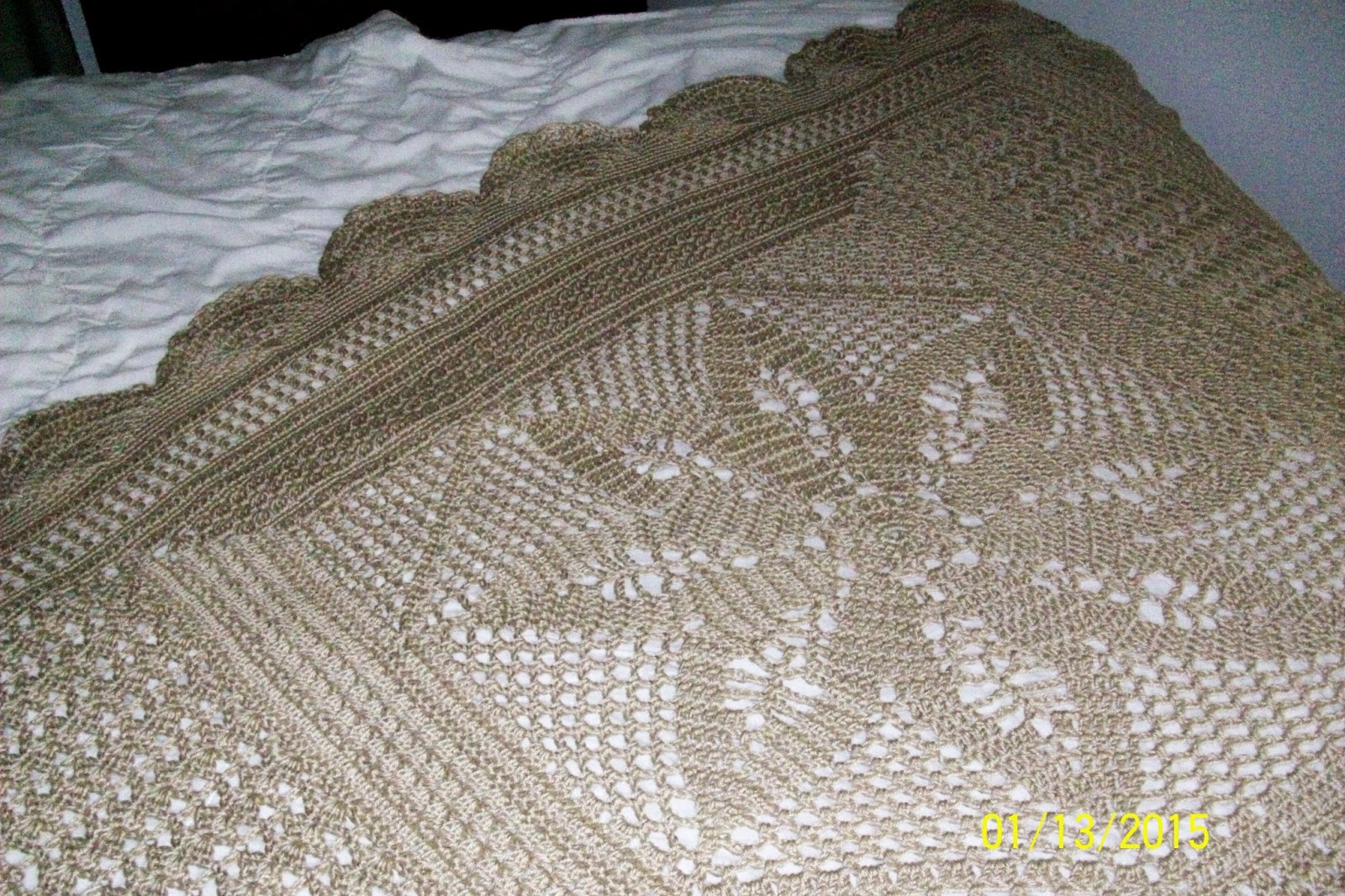 It ended up being quite large. It was made from a kit and I was concerned I would run out of yarn before it was finished, as that has happened to me in the past. But I made it . . . . with only a small 2" ball of yarn left! That is really cutting it close!

I am writing this the middle of January, and the auction doesn't take place until February 4, so this is not being published until after the auction. I will let you know how well it does either as an update to this post or in a new post.

UPDATE:
Just got the news that the afghan made $1000 for the church! I thank the gals that suggested this pattern as well as the color.