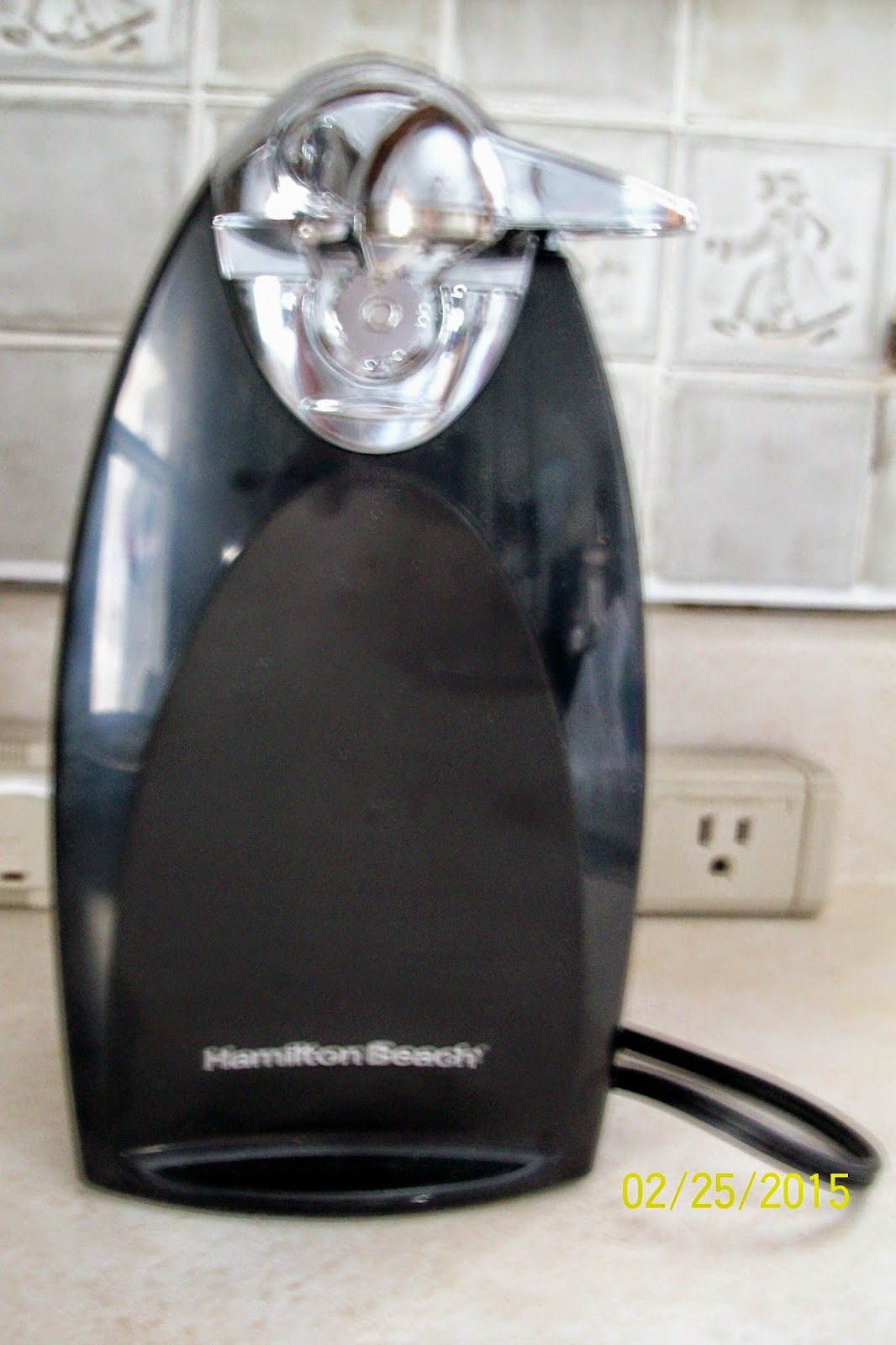 This isn't the greatest picture, but I hope you can see that this is an electric can opener, my new best friend.

I have developed arthritis at the base of my right thumb and it was becoming increasingly harder to use a regular can opener, even though I had bought a more expensive and better can opener not long ago. Before, I just had one of those really cheap ones and never had a problem. I think those little 'teeth' on the wheel had gotten so smooth that it wouldn't grip to go around the edge of the can anymore. That new one worked great. . . . at first. It seems there are some cans that are just plain difficult to open, no matter what, while others present no problem.

As the arthritis became worse and hands weaker I was to the point I could not get a can open at all and was getting very frustrated. I began to really appreciate the cans that have the pull tabs that don't need an opener! But not everything comes with that type of lid.

I had an electric can opener many decades ago and really didn't care much for it, so never thought I would own one again, but I was getting desperate. And I don't even use that many canned good when cooking. I use mostly frozen or jarred, if and when I cook. Sometimes we have to eat our words, don't we.

So far, this can opener works very well. It even takes tall cans, but I need to remember to hold it steady or it can tip with a heavy can. I also like that a magnet holds the lid after opening.

At least now I don't have to cry with frustration because I can't get the blankety-blank can open.
Posted by Lorita at 3:01 PM