We are being invaded!

Invasion! A huge army is marching across the desert. Wave after wave on several paths among the sand dunes they come. See the columns? The first picture is a little blurry as it made me so nervous to see so many. 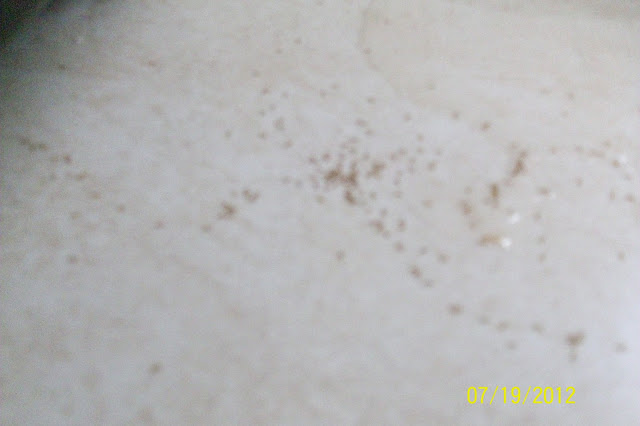 They seem to be forming battle lines in a couple of areas, while more are marching in.﻿ 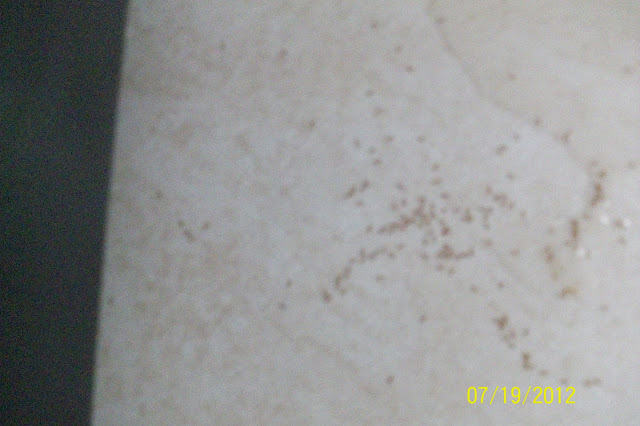 Many are headed toward an oasis in that desert. I hope it isn't just a mirage.﻿ 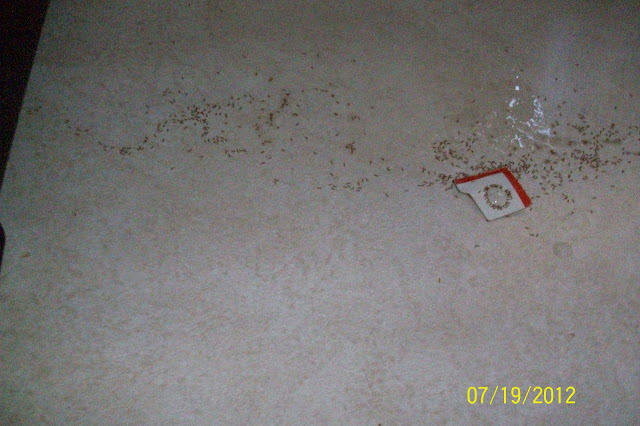 Here is a close-up of the oasis. There does seem to be water there and they are circled around it to get their drink of that lovely sweet water. Oh, but it could be tainted water! It could be poisonous and all that drink of it will die! But they are oblivious to that and continue to drink, like cattle around the water tank.﻿ 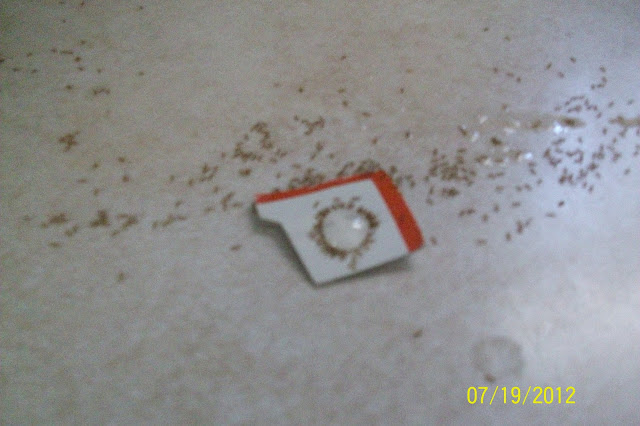 I put a teaspoon in the picture to give you an idea just how tiny these invaders are! If they didn't move, you wouldn't even know what they are. They would just look like fine bread crumbs. But yes, they are ANTS. I had never seen such teensy ones until I moved to this area. I am used to the larger brown ants that are probably 3 times larger. Those are still smaller than the black ants outside which I have very rarely had come in the house. 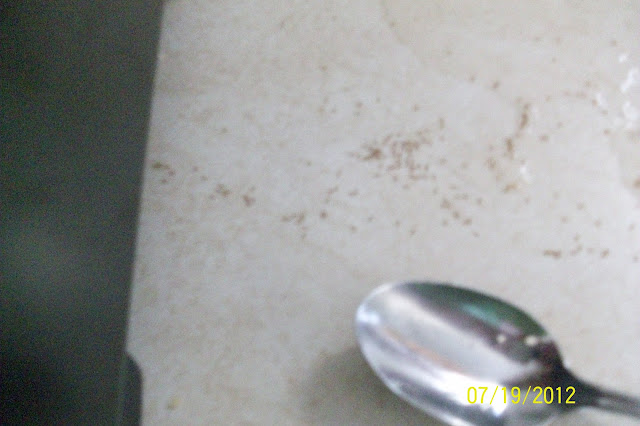 Here is my ammo arsenal. I find that this pair does quite well. The Clorox Clean-up sprayed on all that can be seen kills them instantly. I then wipe them up and wash the area well. Then I take little pieces of thin cardboard and put a few drops of the Ant Terro on each one, place them in the areas where they tend to travel. That catches those that come later - the scouts and the reserves. It may take a couple of days to get rid of them completely but it works. It is important to remove any other food, crumbs, etc that they are searching for so that the only 'food' they can find is the poison.﻿ 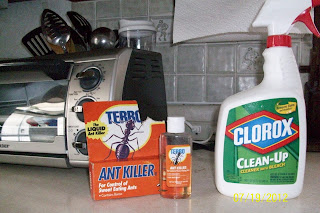