MARY, MARY, QUITE CONTRARY,
HOW DOES YOUR GARDEN GROW?

I hope Mary's garden is doing much better than mine! I let Mother Nature plant mine this year, as well as last year. 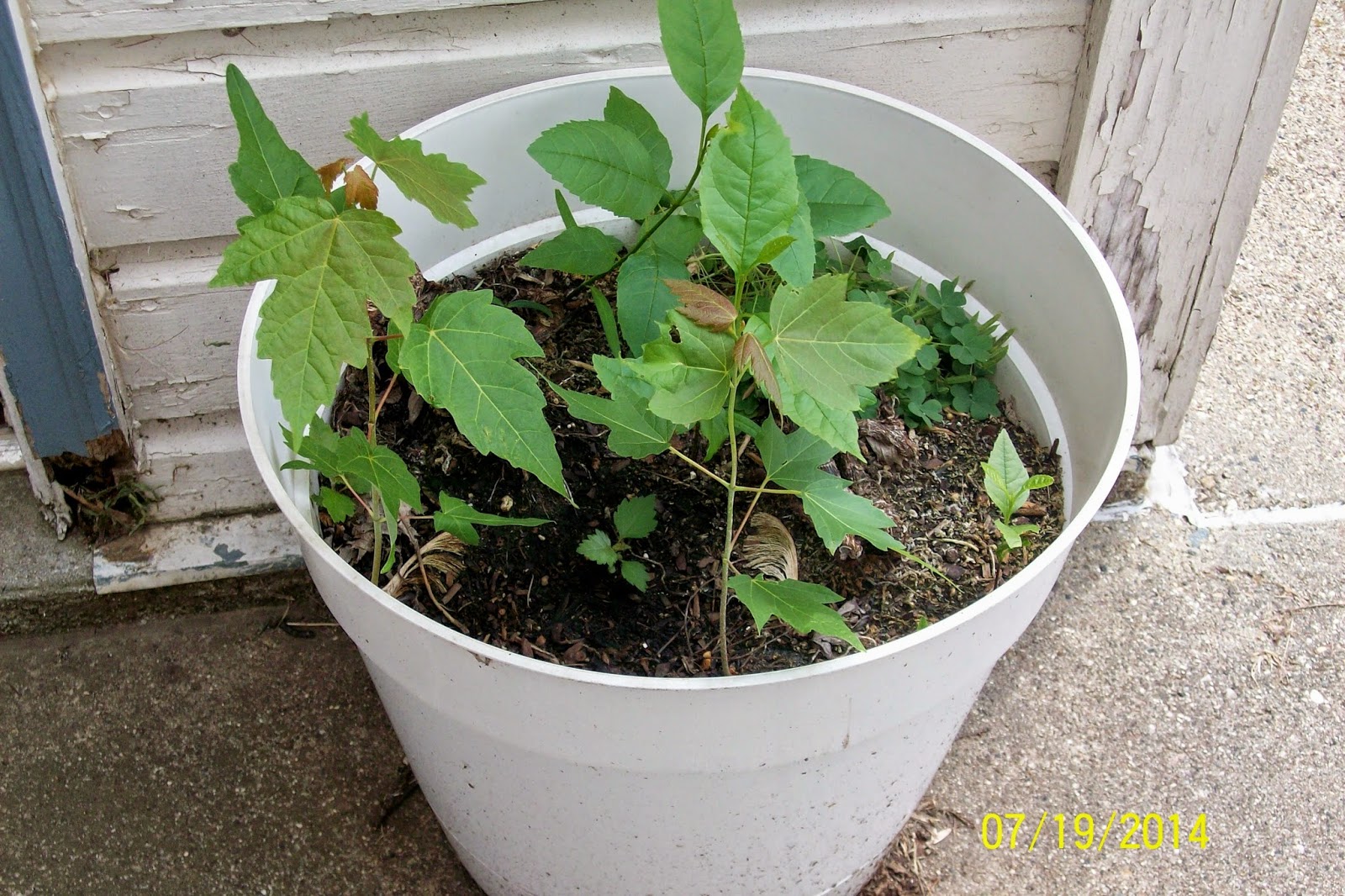 This large pot is at the corner of my garage. I see I have some lovely trees started. I think I might just let them grow and see what happens. 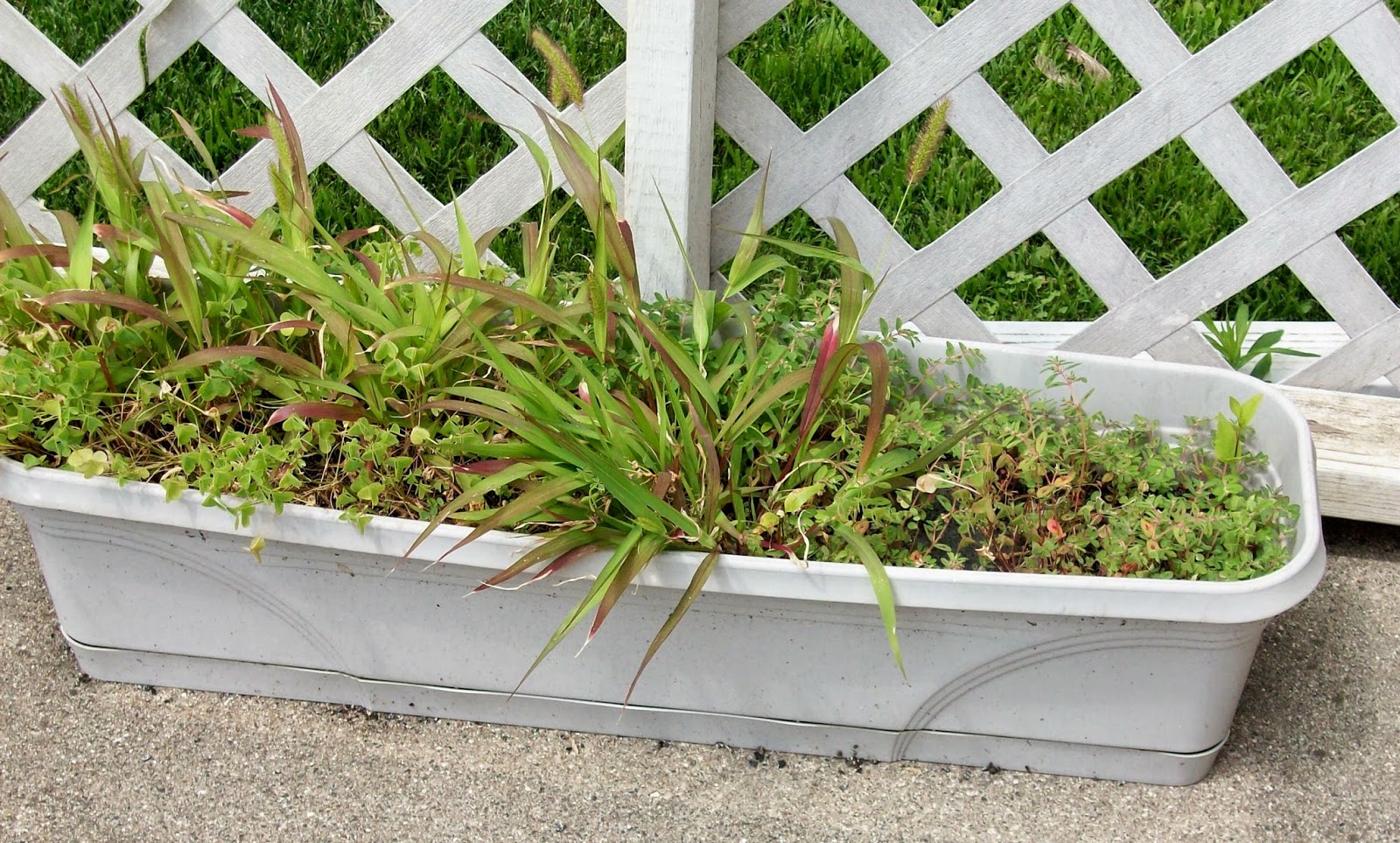 This planter has filled in with various weeds. I actually think it looks rather nice. Mother Nature can do a good job sometimes. 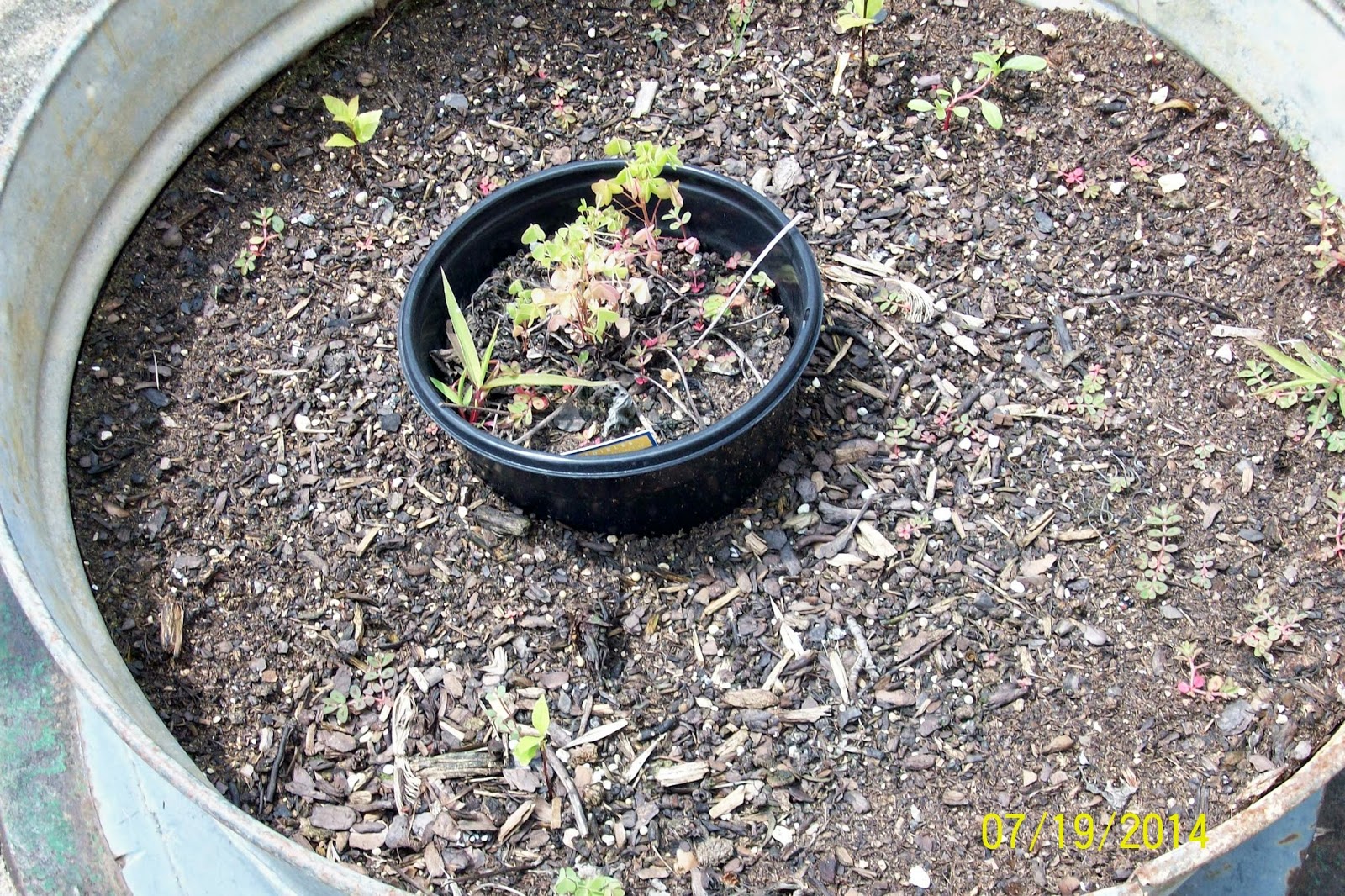 I don't think Mother Nature liked the dirt in this tub as there isn't much in here. I don't know why things haven't sprouted up like they did in the long planter, which is close to this tub. The small planter originally held an ornamental strawberry plant which did not make it through the winter a few years ago. The tub once had green beans planted in it, but that was at least 2 years ago. I had hoped to get something planted this spring, but since the last two winters have dragged on and on into spring, I just didn't get it done, and now I am not in the mood to work on a garden. Maybe next year.
Posted by Lorita at 12:30 AM