MORE MEMORIES OF THE GROVE

In another area of the grove, my dad built a lazy susan picnic table. I don't know why he chose that spot as that area was more dense and had lots of weeds and undergrowth there, which also meant more bugs and mosquitoes. Swatting bugs at a picnic in no 'picnic'!

I wish I had a good picture of that table but I didn't find one. Here are two pictures of one of the picnics we had out there. Look at all those weeds! 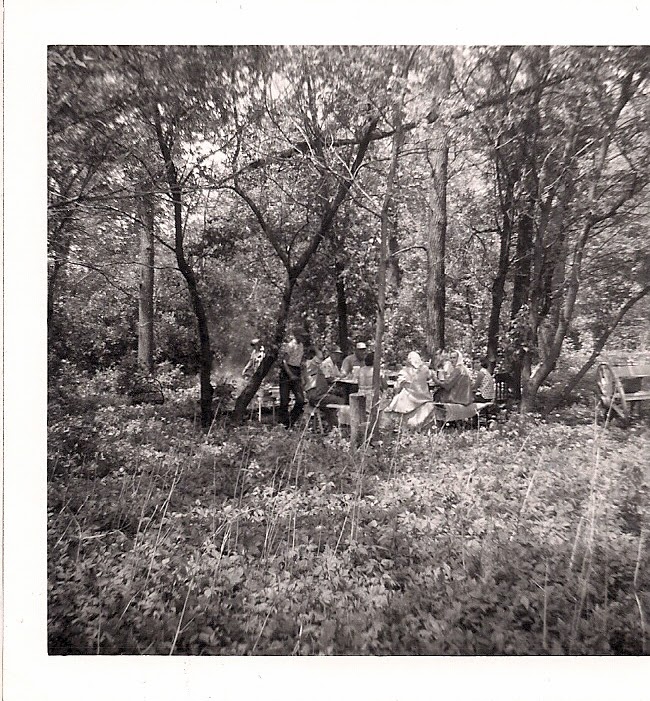 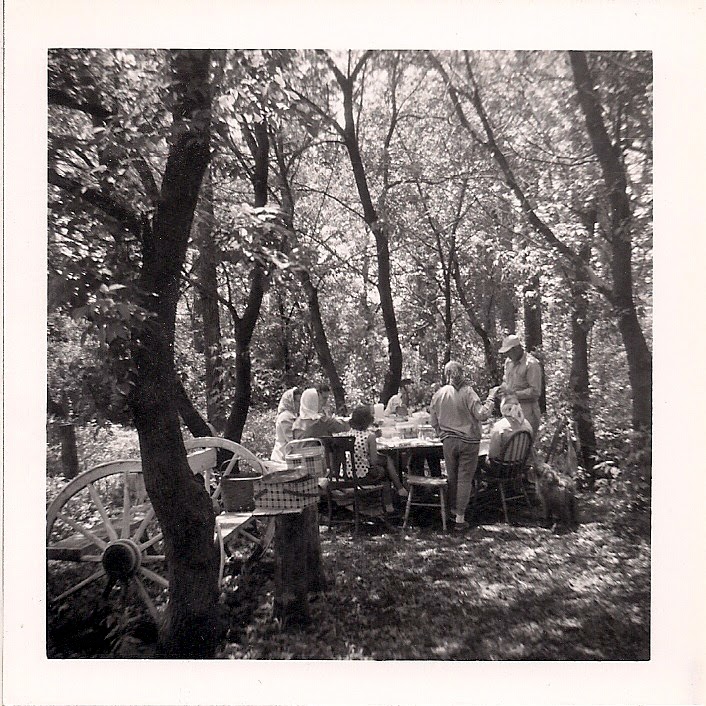 Notice all the women have scarves on their heads and most of the men had caps, but then farmers always had caps on. It was too long ago for me to remember the reason for the scarves. It might have been protection from bird droppings? Or maybe to keep the bugs out of the hair, or it was just chilly out there.

Notice the bench made with two large old wooden wagon wheels and planks. There is a large log stump standing in front for a table and a metal picnic basket sitting on top of it.

Now, about that lazy susan table. It was also made from an old wooden wagon wheel plus the hub and axle. The axle was planted into the ground so that the wheel would turn. Dad covered that with wood to become the lazy susan part of the table. We could just spin the wheel around to get to the dish, catsup bottle, or whatever we wanted. Around the outside of the wheel, Dad used planks to make a stationary ring where we put our plates and cups so we could eat. You can see some old chairs being used, but Dad also had pieces of logs cut to chair seat height that we could sit on. I thought both the table and bench were unique ideas. I don't know if he thought them up himself or if he had seen something like it somewhere. It was fun, except for the mosquitoes! 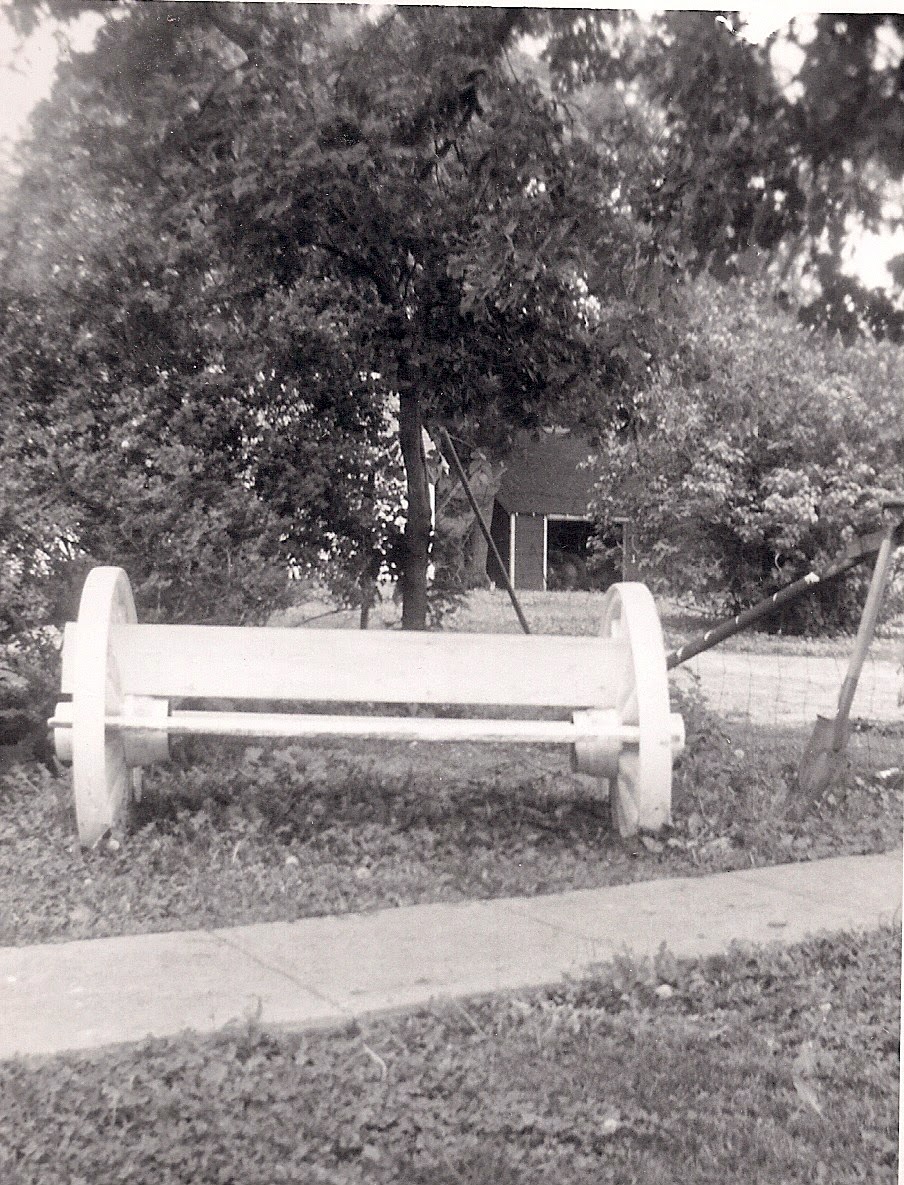 At first I was thinking this is the same bench that was in the grove. But when I look at the other one, this is made a little different. The one in the grove seems to have planks on both sides of the back board, so you could sit on either side. I think the one by the house only had one seat, and this back board is wider than the other one. The wheels might be smaller on this one too. Wish my memory was better, or maybe that I had paid more attention at the time. I think we take things for granted when we are kids.

Dad didn't make a lot of things that I can remember. He was too busy farming for one thing. I do remember watching him make a ring for me out of a dime. I wish I still had that ring.
Posted by Lorita at 12:30 AM