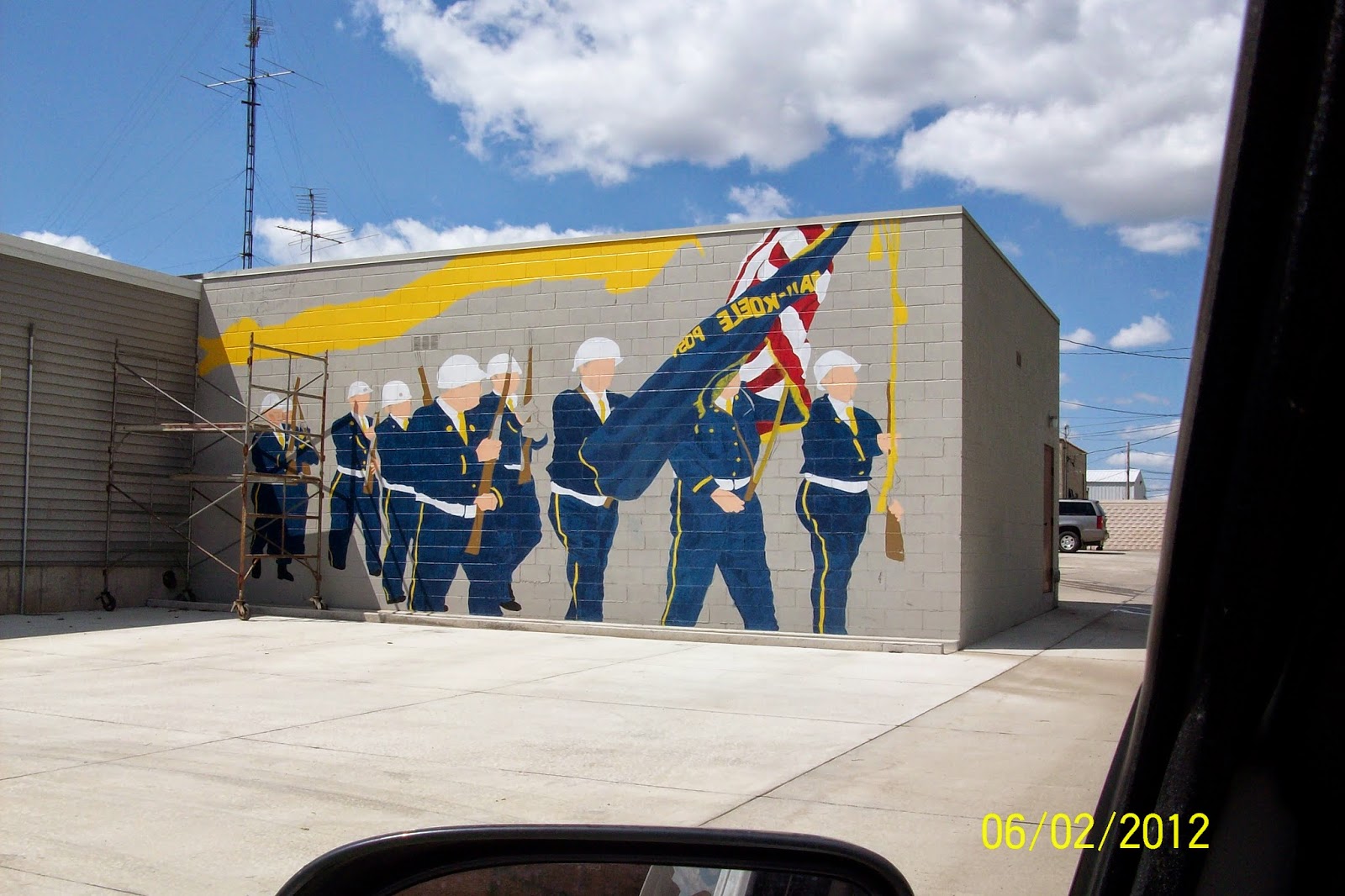 When I was growing up May 30  was called Decoration Day. Several years ago that was changed to Memorial Day, and on a Monday so that it could be a 3-day weekend holiday.

A little history lesson - the first Decoration Day was declared 3 years after the Civil War ended. That was 1868. It was a day to decorate the graves of the war dead with flowers.

Today, we decorate anyone's grave, usually family that have passed on. It is good to remember them as well, but it seems to me that the original intent of the holiday has lost its meaning. Our local American Legion puts a star next to the graves of veterans, along with a small American flag, so there is some distinction to show others there is a veteran buried there. Most cemeteries will have some kind of ceremony on the grounds, including Taps on a trumpet.

The mural in the picture above, is painted on the side of our Legion building. That wall is also right next to the property where my husband and I lived. Our garage was directly in front of the Legion wall here. It is so fitting to have the mural here, since my husband was a WWII veteran and very proud of it. He was also a Legion member from the time he got out of the service, until his death.

According to a newspaper article about this mural, the faces of the men were purposely left blank so that you could picture your loved one there.

I hope you have spent a little time this weekend, remembering those that have died in your family, as well as friends, but especially any veterans in your family. They fought hard for your freedom, and many lost their lives in the fight.
Posted by Lorita at 12:30 AM