How many of you are Pinterest followers? How many of the things you pinned have you actually tried? I have to admit that I pin. . . . and pin. . . and pin, and never actually get around to making anything. It is sort of like all the recipes I tear out of magazines and newspapers that end up in a box or file and never made. At least on Pinterest they are much easier to find back and don't take up any space in my house!

During the Olympics I actually got a few Pinterest Pins tried. Applause, please!

When I watch so much television, I have to do something to release my guilt for spending all that time and not getting other work done, so I create by keeping my hands busy with needlework. Usually it is knitting the caps for Goodwill whenever I have the yarn available. I have made so many of them that I don't have to think about what I am doing. In fact, I can almost do it with my eyes closed, except I end up splitting the yarn in a stitch, or missing a stitch here and there. But that does mean that I can see what is happening on TV.

This time I worked on some things my granddaughter had asked for. Last summer she had asked me to make a blanket (afghan) for her American Girl doll, but I had totally forgotten that until she asked me in January if I remembered it. Oops! So off to Pinterest Land. And I found only one crocheted doll afghan specifically designed for the AG doll. Along with many, many more patterns for dresses, other clothes and accessories for that doll. In fact whole boards devoted to patterns for that doll. I knew the doll was popular, but not aware how much so. She has taken over Barbie that was the big deal when my girls were little. And after that it was the Cabbage Patch dolls, not only making the clothes for them, but also making the dolls.

Back to my projects. First I had to decide what I wanted to make right now, then had to print the patterns. Then I started on the afghan and ended up making two of them since I had plenty of yarn. One might get included in a gift pack of AG doll items to be donated to the church auction next year. 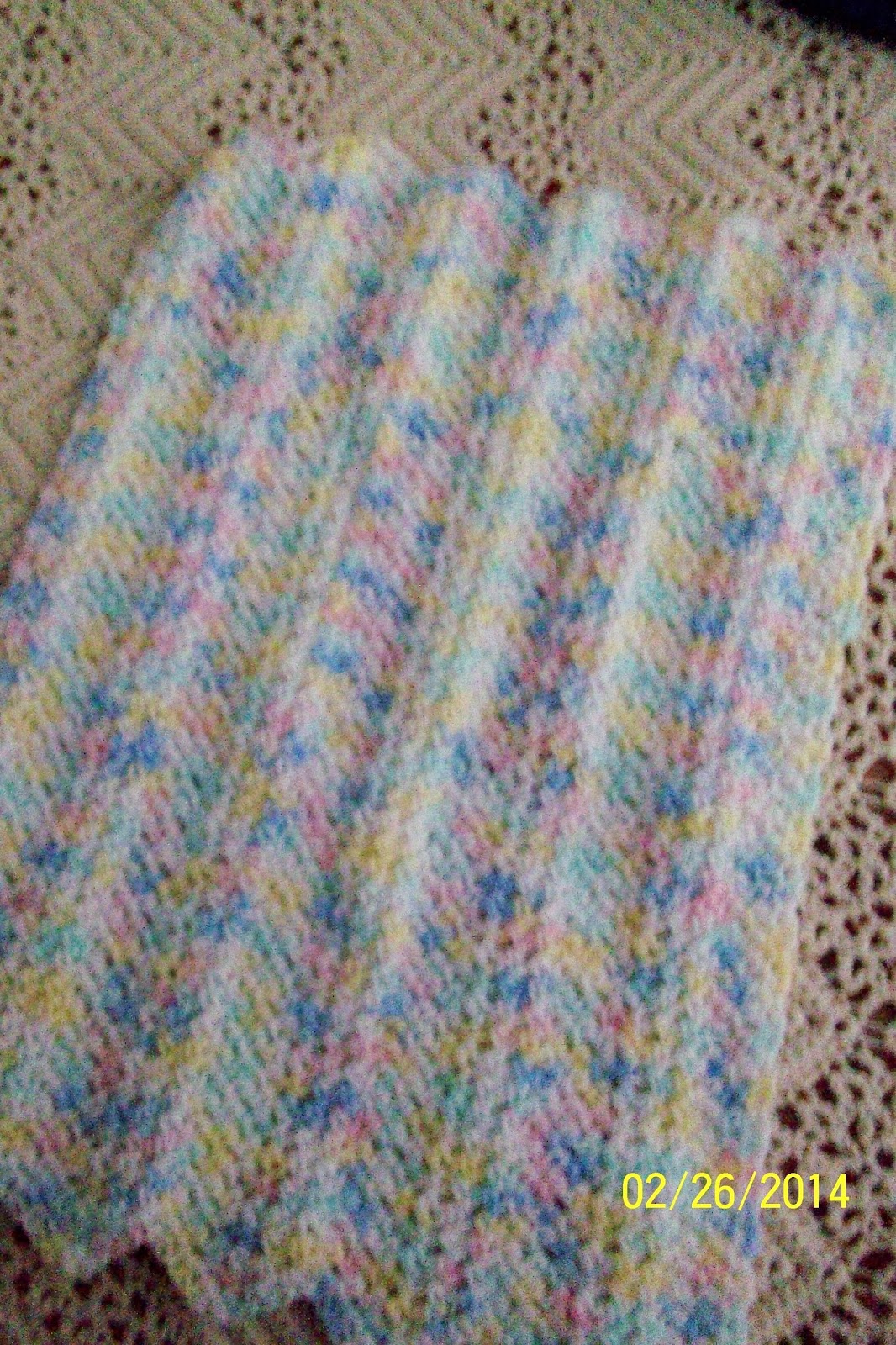 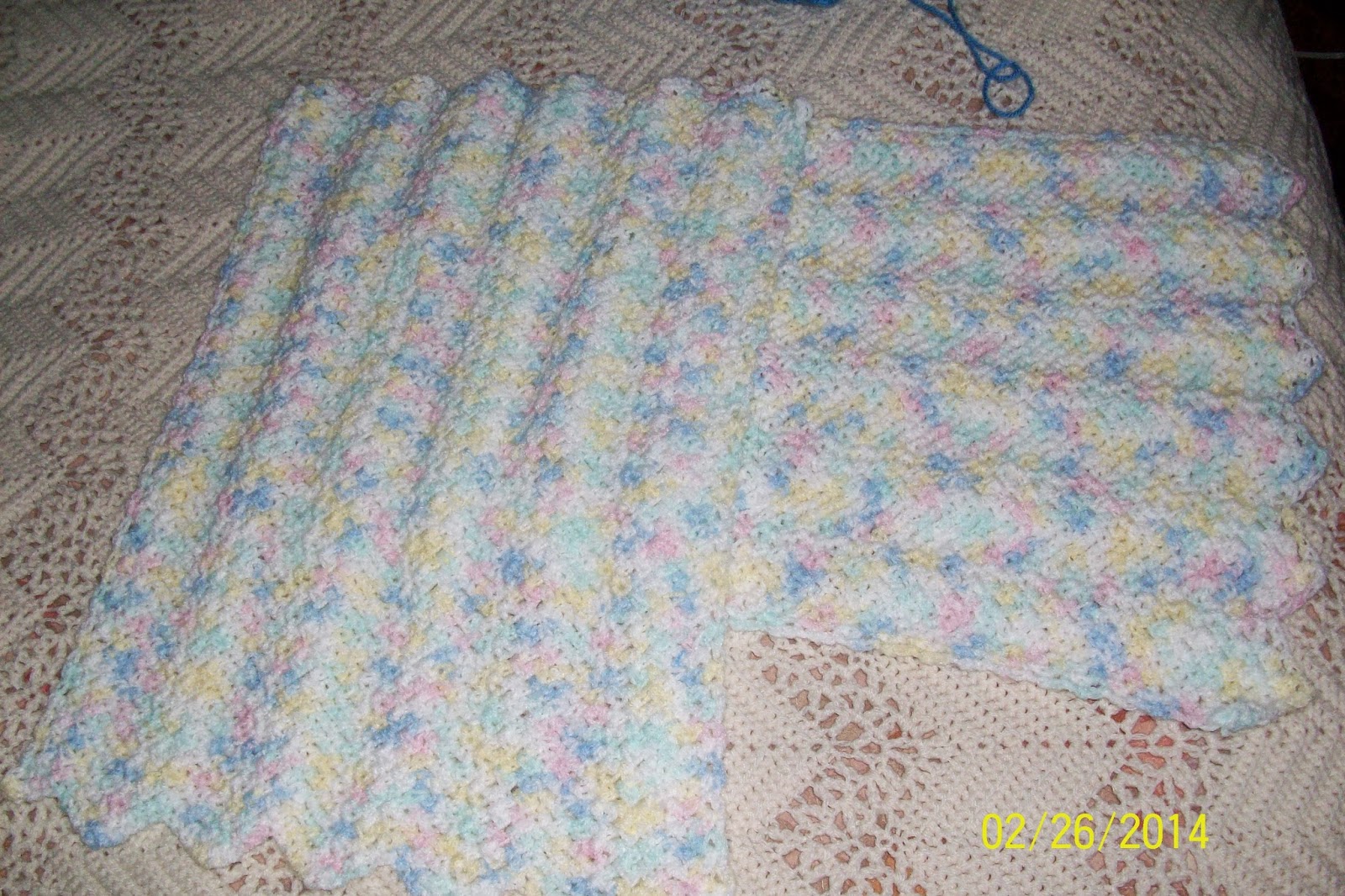 The free pattern can be found at this link:
http://ambassadorcrochet.com/2012/03/20/18-doll-blanket-free-crochet-pattern/

I wanted to use the same yarn that was used in the pattern sample, but that yarn has been discontinued by the manufacturer, so I used Bernat baby yarn. The bottom picture is not the best, but is meant to show both blankets.

The afghan I used under the items is an old one, and has been a very popular pattern over the years. I lost count on how many I made like that. The one in the picture is the first one I made of this pattern, and is over 25 years old. It has been washed at least a hundred times and still looks good as new. It also happens to be the favorite pattern that Felix loves to sleep on. I wonder if that is because he came from my daughter and she had one of these afghans in her house from the time he was a young cat. ??

For the next project, tune in tomorrow!