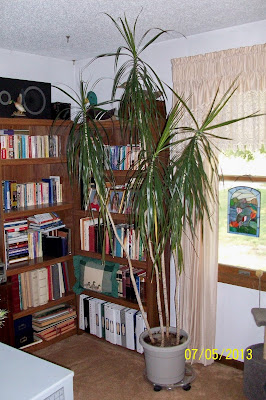 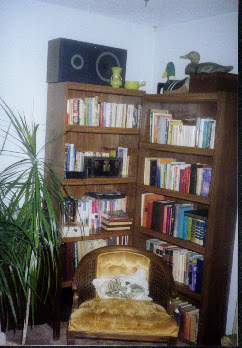 ﻿
In the far left of the picture on the left is my dragon tree shortly after I moved to this house. The picture on the right is the tree today, about 6+ years later. Would you say it grew? This plant was given to me at my husband's funeral and at that time it was maybe 2 ft tall.﻿ 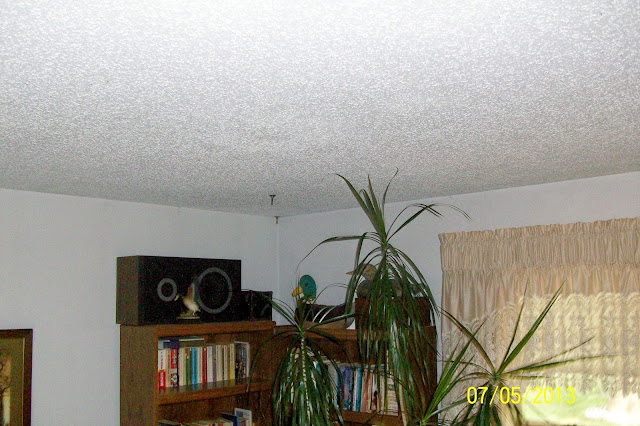 It is a little hard to tell in the pictures, but the top leaves have reached the ceiling!﻿ 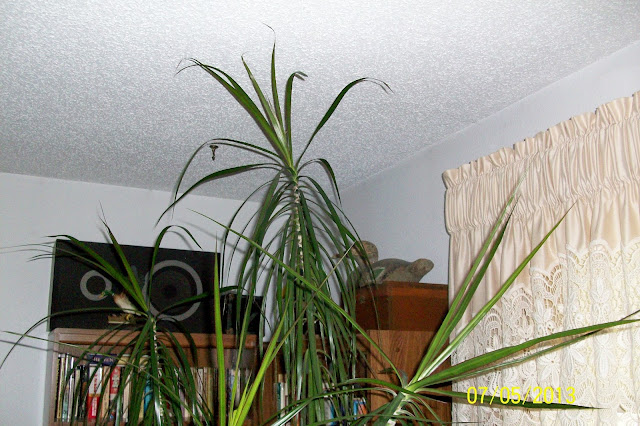 Here is another picture, trying to show it a little better, but it really doesn't do it justice. The center leaves in the top cluster are touching and curled over a bit. The others that are curled over at the ends is just the natural curve.
The question is -- what can I do about it? The only room that has a higher ceiling is the kitchen, and there is no place in there where this plant will fit without being in the way. I don't want to get rid of the plant since it is a remembrance of my husband.
I have often wondered why this is called a dragon tree. But now, as I look at it, I can see the resemblance to head and neck of the Chinese dragon costumes used in parades. Do you see it?
Posted by Lorita at 12:30 AM