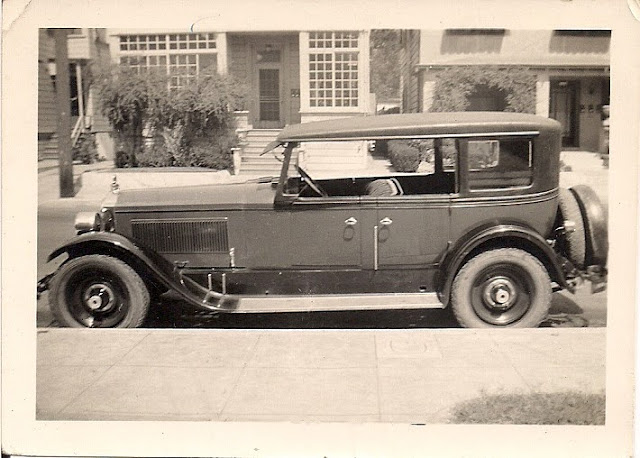 Grandma Ada's Packard
I think it is pretty classy.
On the back of the picture, written by my grandmother, it says:
"The good old "Pack" itself. Taken from our front steps. You see the neighbor's house across the street in the picture. We will be in our new house for the winter months."
It looks like this picture was taken in August 1934.
This may be around the time my grandparents moved to California. I know this is not the street that I remember them living on, so maybe that is the house she was talking about moving to. It could be that they drove the "Pack" when they left Iowa. Wish I knew the story.
Anyone know what model year the Packard is?