Down Memory Lane - Artist in the Family 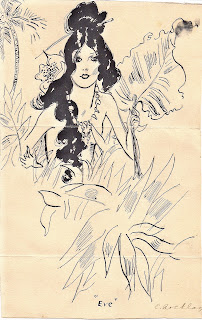 This is an old ink drawing done by Esther R. I think she is my mother's cousin from St. Louis. She has the same name as Grandma Ada's maiden name, and Ada originally came from St. Louis. I know I have some post cards that she had done somewhere, but I have not been able to find them again now that I want them. If I should run across them before this is published, I will update either in this post or one in the future. Maybe this is where my youngest grand daughter gets her talent.
Posted by Lorita at 12:30 AM