I remember looking at this album as a child. The pictures were put in there by a Myrtle V.C. of Ocheyedan, IA, which is where I and my parents grew up. I do not know who she is, but I think I remember an aunt saying she was my dad's old girlfriend. I don't know why we had it, but as I look through it now, I see pictures of several of Dad's brothers and sisters when they were kids and young adults, as well as my dad. Some of the pictures are dated from 1922 - 26, but I think some of them have to be older than that. It seems this Myrtle went to the same country school as my dad and siblings went to.

I have scanned several pictures that have my relatives in them and will post them in groups. The first group is of my dad, and my dad and his girlfriend Myrtle, the one that put these pictures in the album. 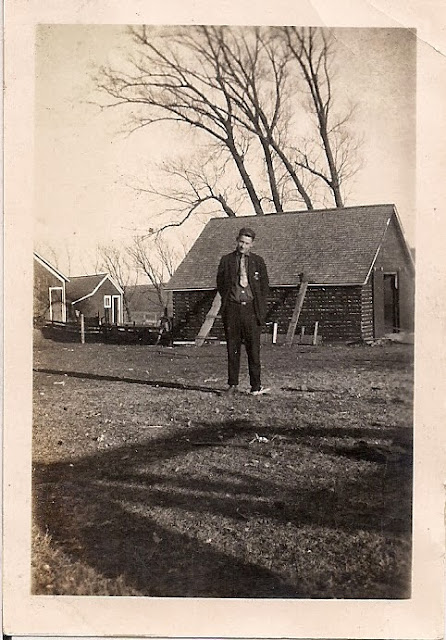 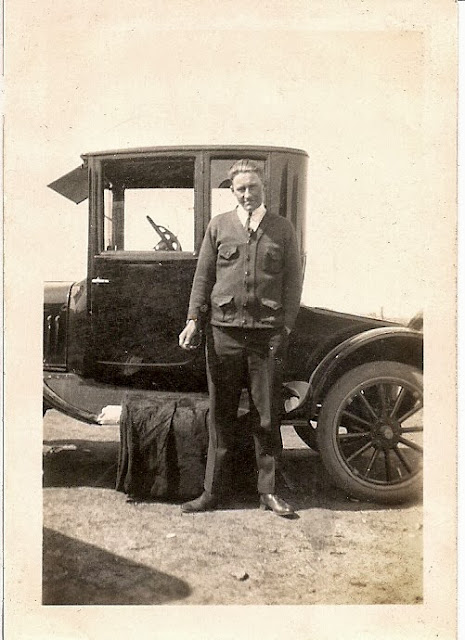 Dad and his automobile. I believe it is a Model T Ford Coupe. The Model A didn't come out until later. 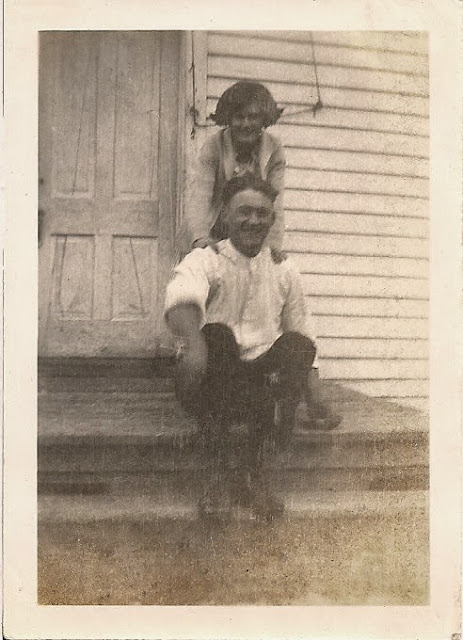 Dad and Myrtle, as far as I can tell. The picture is not labeled. Dad and Myrtle at Silver Lake (Iowa). She even wore the appropriate sailor top. It has been fun to look at all the clothing and hair styles of the early to mid 1920's! 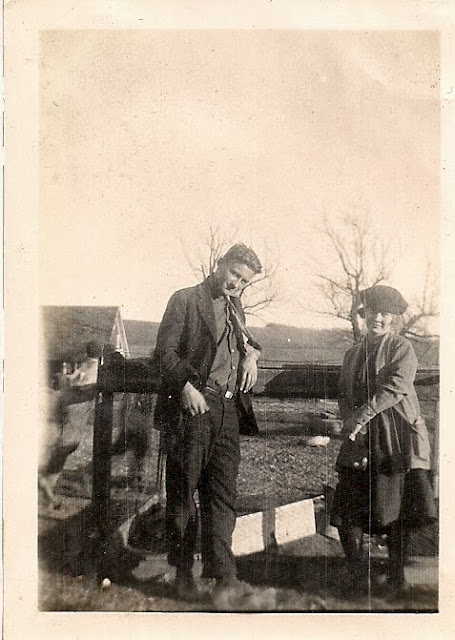 Is it just me, or does Dad resemble Sean Penn in this picture?! He has quite the attitude here. As I look at this picture again, I see where I get my big hands from! 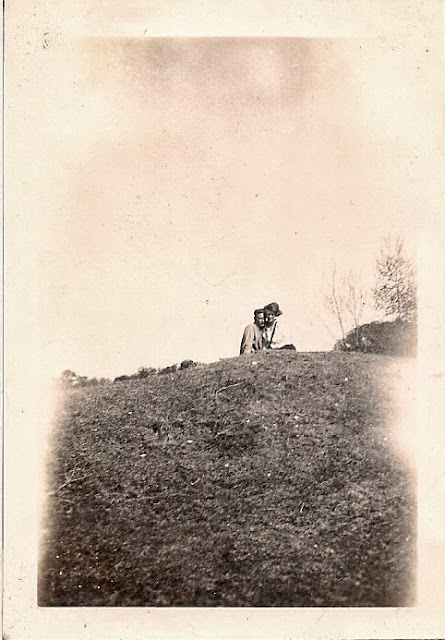 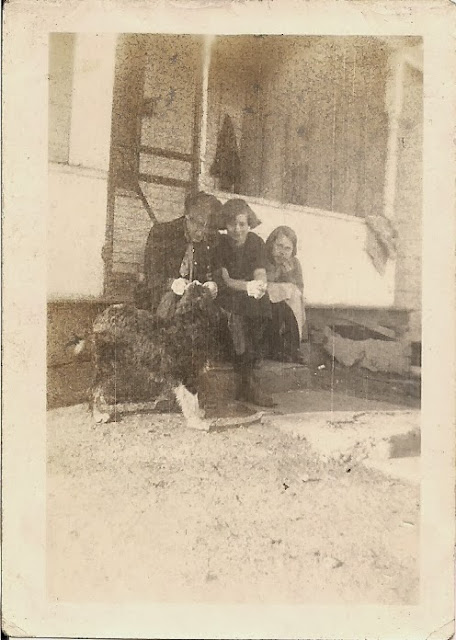 It looks like Dad has a hat on here. And he always loved dogs. I have no idea who the other girl is in this picture. I wish she had labeled all the pictures in the album, but thankful for some that are labeled or I would not have know they were my relatives.