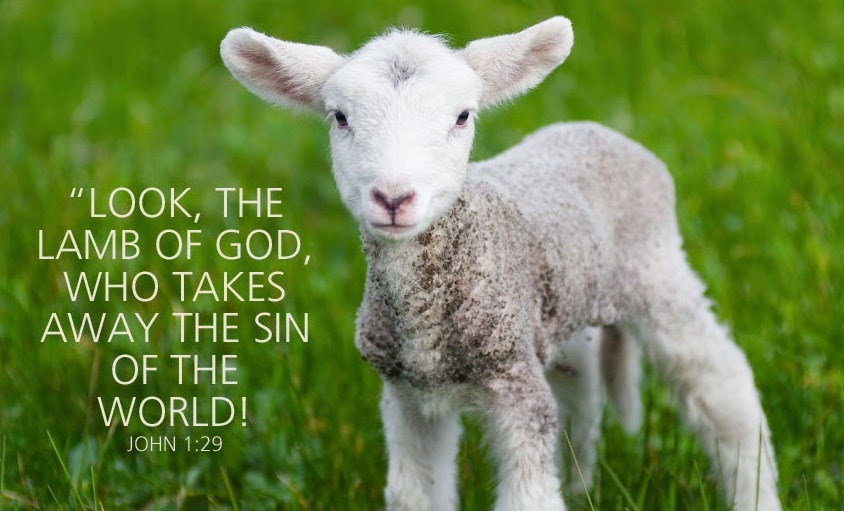 Recently I heard a good sermon from a tv minister. He brought some Scriptures together in a way that I had not seen before, and I found it enlightening. I will try to tell you what it is about.

The first story he talked about was the one about Nathan confronting King David about him desiring Bathsheba, taking her, getting her pregnant, and having her husband killed so that he could marry her.

" There were two men in a certain city, one rich and the other poor. The rich man had a large number of sheep and cattle, but the poor man had nothing except one small ewe lamb that he had bought. He raised it, and it grew up, living with him and his children. It shared his meager food and drank from his cup; it slept in his arms, and it was like a daughter to him. Now a traveler came to the rich man, but the rich man could not bring himself to take one of his own sheep or cattle to prepare for the traveler who had come to him. Instead, he took the poor man's lamb and prepared it for his guest."

David was infuriated with the man and said to Nathan, "As the LORD lives, the man who did this deserves to die! Because he has done this thing and shown no pity, he must pay four lambs for that lamb."

Nathan replied to David, "You are the man!"

Take a look at that lamb. The poor man brought that one lamb into his house and it lived with him and his family in that house. It ate the same food and drank from the man's cup! When the man went to bed he took the lamb with him, placed him on his chest and held him all night. The lamb was a part of the family. We often think of our pets in the same way, don't we? This lamb was very precious to the family, and is the only one they had. And yet the rich man took it and killed it to feed a traveler.

Now look at another story about a lamb. The minister had not seen this before and neither had I. Exodus 12 tells the story of the first Passover. The people were told that each family was to select one unblemished lamb from their flock, and take it in. They were to live with that lamb for 14 days. You can imagine the children playing with that lamb and it becoming a pet. But then on the 14th day, it was to be killed and its blood smeared on the doorposts and lintel of the house so that their house would be passed over while all the firstborn male children of the Egyptians would be killed.

Now read those stories again and put Jesus in the place of the lamb. Jesus is our sacrificial Lamb, who's blood saves us from eternal death. But also look at how He should be treated by us. He should be living in our homes, eating our food, drinking from our cups, sleeping with us - taking part in everything we do every day. He should be more than a picture hanging on the wall, or going to 'visit' in church on Sundays and then forgotten about the rest of the week.

As important as that Lamb is to the family, it is even more important that the Lamb had to be sacrificed to pay the debt that we owe for our sins so that we can live, just as in the first Passover. Praise God that our Lamb was raised to life again, to live forever, and so will we!