"I SHOT THE SHERIFF"

Anyone know that song?

No, I did not shoot the sheriff, but I had a deputy at my door recently! Since I had not done anything wrong (that I knew of) I wasn't too concerned, and thought maybe there was a child missing in the neighborhood. But, it seems my phone had not been working for two days and my daughter got really worried when she could not get hold of me.

She called my landlord but nobody was home, and she couldn't remember the names of my local friends, so she finally called the sheriff's office to have them check on me. I told him my phone must not be working and when I checked, I had no phone service. But I still had internet and had just been on Facebook earlier, as well as checked my email. I don't understand why she didn't send me an email or message on Facebook like she usually does.

I checked the phone jack and made sure things were all plugged in and didn't find anything wrong. The next morning I was going to call the phone company with the cell phone, but first had to dust the computer desk where the phone sits since I knew the phone man would have to come inside. Suddenly a cord fell down from behind the cable modem. Sure enough, it was the phone line!

I have no idea how it came loose since the cat was not back there and I had not moved anything. The only thing I can think of is that it might have been pulled a little when we installed the wi-fi router earlier this summer, and it finally worked itself out. All the lights were working on the modem so assumed all was well with that, but I was wrong. And that is all that was wrong with the phone.

I am so glad I discovered it before I called the phone company as that would have been more embarrassing that having the deputy at my door, not to mention, more expensive.

You may ask why my daughter didn't call my cell phone, but I never have that turned on. I only use it for emergencies and long distance calls and she knew that. Can you tell I don't use a phone much? I didn't even notice that I had not even gotten the nuisance calls from telemarketers or politicians for two days. 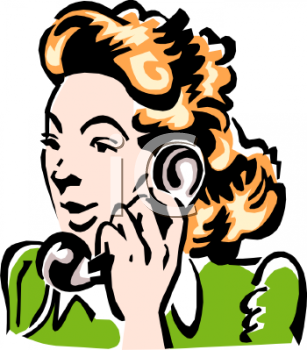 Now I am getting those again, and a lot of them. I just don't answer and they hang up before the answering machine starts so I know it isn't anything important. And I know the same ones keep calling since I recognize the numbers after awhile. I sure wish they would get the hint and stop calling. If I do answer they don't accept no for an answer until I just hang up on them. Very annoying! The same number calls all hours of the day, from 8:30 in the morning until 9 at night, even on Sundays. And the same numbers have been doing that for several years. Persistent is the word.
Posted by Lorita at 10:07 AM