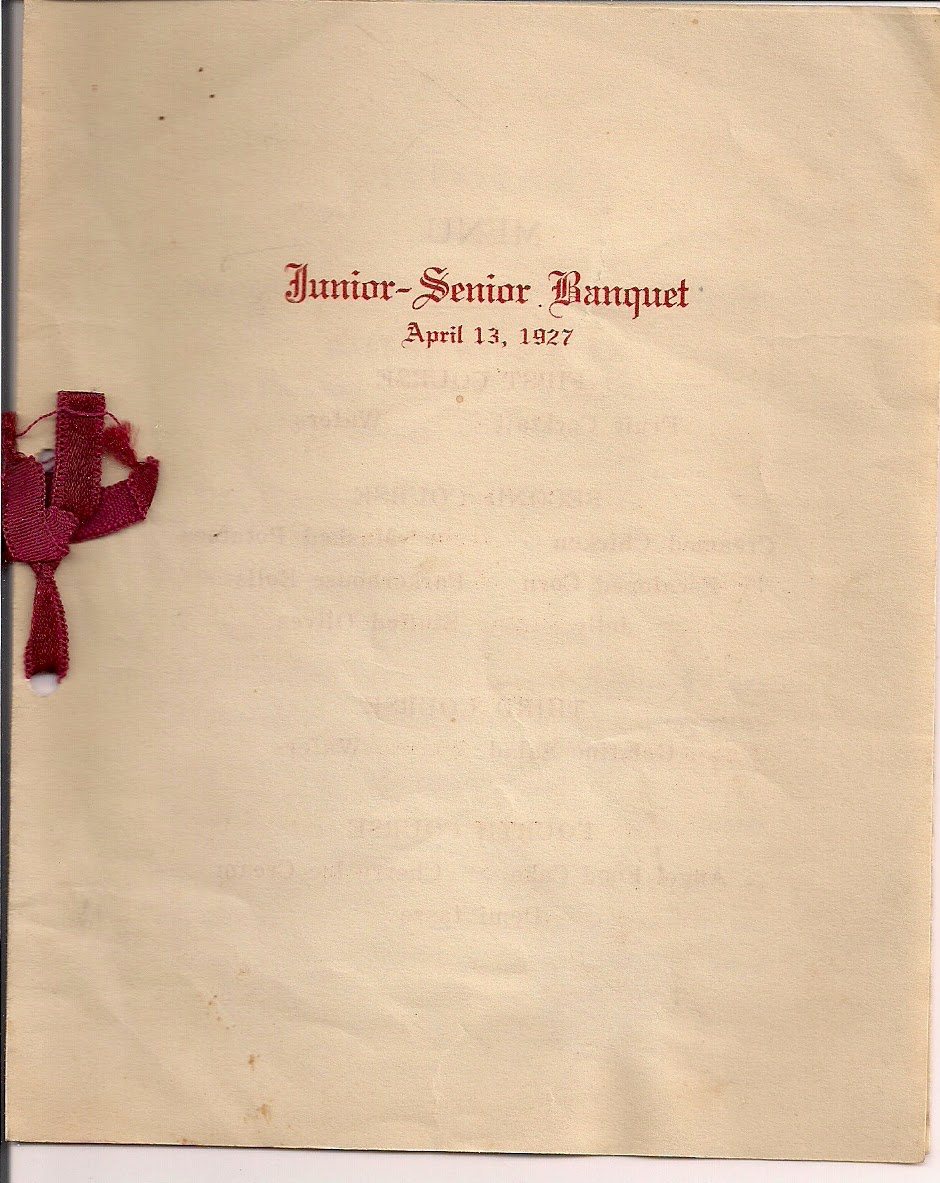 This time the cover was printed, not done by hand. They also included the date, which is nice. It is made like the previous one except that it is a smaller version. This time the ribbon is red so I assume that is the class color, but it is not recorded inside, nor is the class motto and flower. 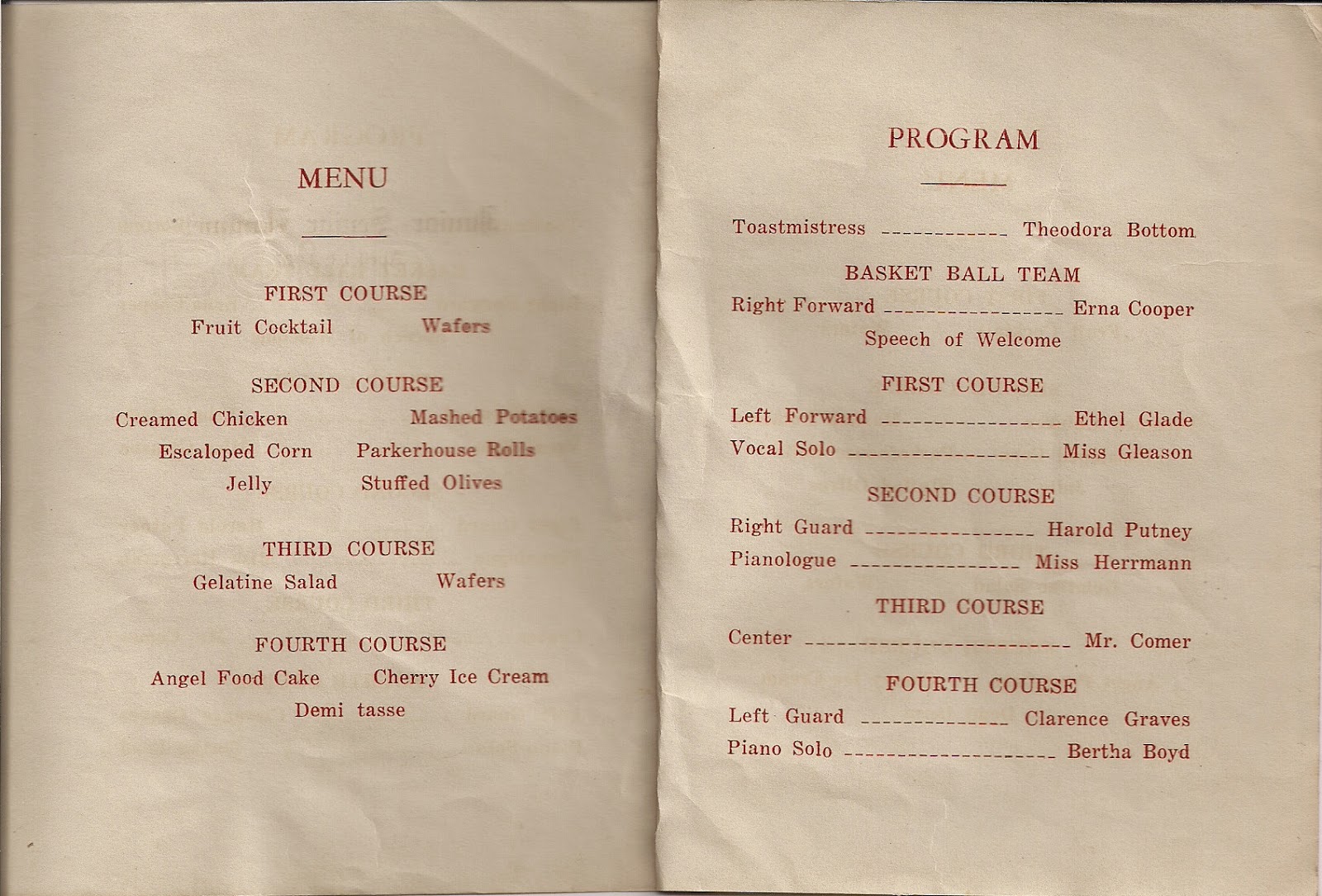 The food again sounds like a regular meal one would get at home. Like the year before,  we start out with fruit cocktail. I am guessing this is the kind that comes out of a can, but maybe they made their own with fresh fruits, but it doesn't say 'fresh' fruit cocktail. This time the salad is just simply gelatine salad. Do you suppose it was made with the very popular chopped cabbage and shredded carrots in lemon jello, or did it have fruit in it? I am going to guess that it had vegetables in it since they already had fruit cocktail and the dessert follows. Dessert - angel food cake and cherry ice cream. Mmmm. That sounds good!

On to the program. It seems the theme has something to do with basketball. I reported in another post that my mom played basketball in high school. Maybe that year they had a winning team?

Now I wonder, the program is set up in 'courses' just as the menu is. Did they happen at the same time? While they were eating the first course, they were entertained with the 'first course' of the program?

It seems teachers were part of the entertainment since "Miss Gleason" performed a vocal solo, and "Miss Herrmann" played a "pianologue" during the main course. That sounds like it might have been continuous piano playing while they were eating the main course - dining music. That is a little more upscale, don't you think? And then we have "Mr. Comer". The year before "The Maelstrom" was a H. L. Comer. Probably the same person. Was he the principle, or superintendent?

I wish Mom were here to answer the questions! If your mom is still living, ask her what her proms were like while you still can.

I wish I had some snapshots of the proms and the dresses that were worn. But I did not find any. At least I have the programs and know that my mother attended her proms. They must have been special to her since she kept the programs. I also wonder if they had dates for proms back then, or if it was just for the class members? If they did have dates, who did my mom go with?