Down Memory Lane - My Funny Valentine

Anyone who knew my husband, did not forget him! He was a real jokester and a cut up character. He loved to get a rise out of everybody, and it wasn't always appreciated. He had a couple of favorite short jokes that he loved to tell everybody he saw - waitresses, cashiers, a stranger sitting next to him in the doctor's office, whoever came close enough to talk to.

Here are a couple of my favorite pictures of him. They were taken when he was young and long before I ever knew he existed. These were taken during WWII. This first one is the classic 'official?' army picture in full dress uniform. See the jaunty angle to his hat? That is typical of his character. I love those dreamy eyes and barely a hint of a smile. Pretty handsome, don't you think? 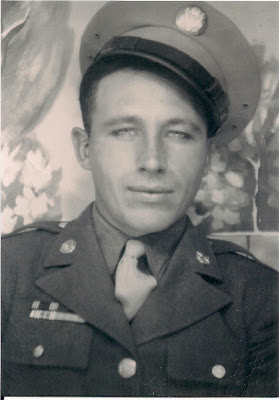 The next picture was in pretty bad shape so it isn't a clear picture but one I love. Les was stationed in the Philippines during the war, and here he is showing off his grass skirt! Hula-la! Always finding some way to have some fun was my guy. 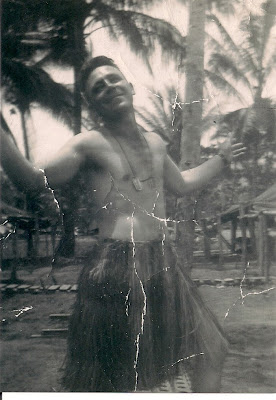 And finally, this is his last photo taken by a photographer. 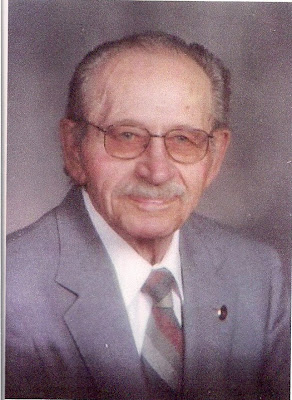