Down Memory Lane - the Iowa homes of my grandparents 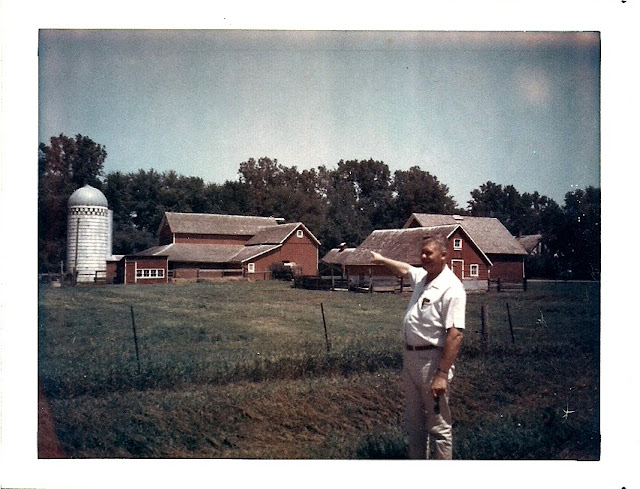 This is Mom's brother, Harold, pointing to the farm where he and most or all of his siblings were born. This was taken in July 1964. I wish I knew exactly where it is located. I know the general area as it isn't too far from the farm where I grew up, but further north east a few miles. So my grandfather was a farmer at that time. Later they moved to town. 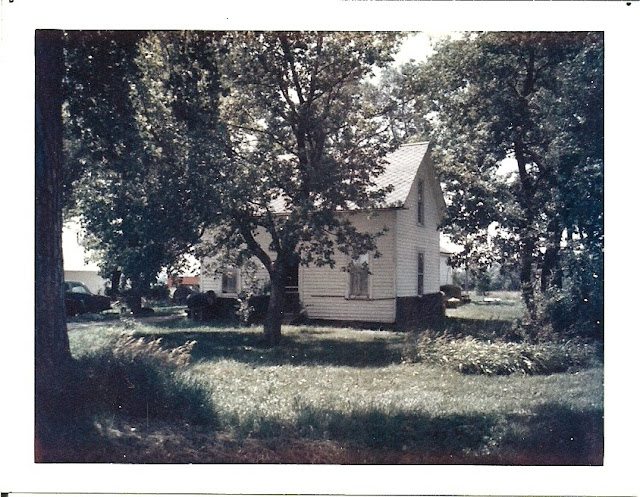 This is the first house they moved to in town. It looks like it was on the north edge of town, north of the railroad tracks and grain elevators. Main street was further south. There were only a handful of houses on the north side of the tracks. You notice, there are no close neighboring houses in the picture and this was taken in 1964, long after grandparents had moved to California and after I was married. I don't know if the reason they moved to town was because this was the time that Grandpa left the family, and Grandma wasn't able to run the farm herself. Lots of questions but no one left to answer them. 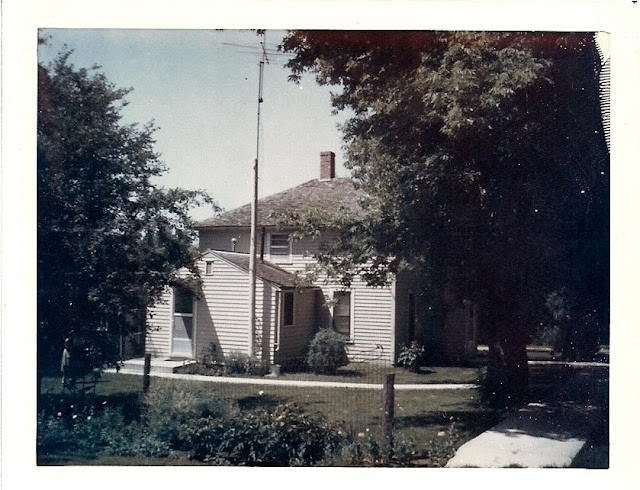 This is the second house they lived in that was south of the railroad tracks, so closer to the business district. The back of the picture says they lived there several years. I think this is where Mom lived while she was in high school, as well as at least her two oldest brothers and sister. There is a younger sister that went to school in California. Mom graduated from high school in 1927. It is the same school I graduated from. I remember riding with Mom when she pointed out this house, but I could not take you there today. I think I know the general area it was in. Some day I should take this picture along and go to that town and see if I can find it. No guarantee that the house is still standing today though. I am intrigued by why they may have moved to either of these houses.﻿
Posted by Lorita at 12:30 AM