As I write this, it is State Basketball Tournament time for the girls' teams across the state of Iowa. My husband and I were avid fans of our local teams as well as the school where my kids and two grandchildren graduated. While my husband was healthy we attended every home game and almost every away game during the regular season, every year. And we went to all the tournament games leading to playing at State, no matter where they were held. Our boys' teams went to State many years and we went to all their games there as well. The state tournament is held in Des Moines every year. That is life in Iowa! Sports are big deals. 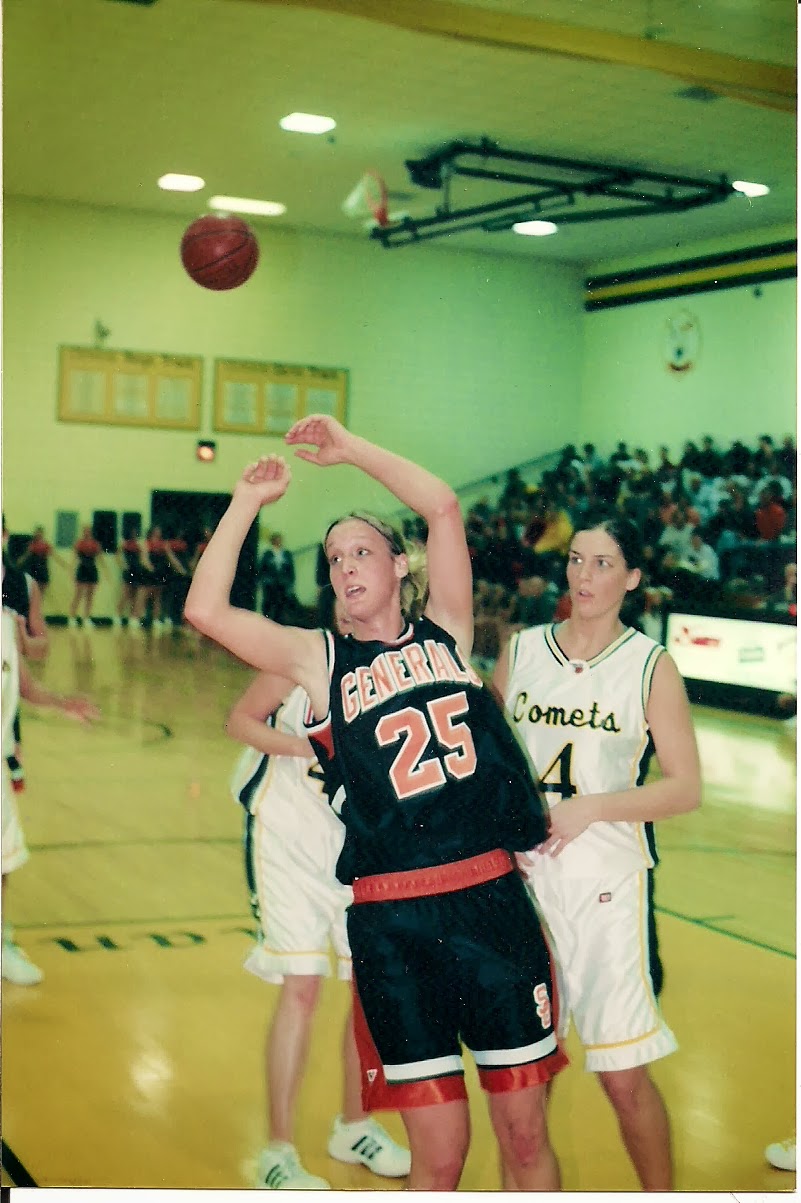 This picture is when my oldest granddaughter's school played our local school in 2003. And I remembered to take my camera! How lucky I was to get this shot right in front of where we were sitting! Jen is wearing the dark uniform - Generals #25. She is 6' tall and was one of their better players. She also played volleyball and we saw several of those games. We had never been to a volleyball game until she started playing so we had a lot to learn.

Those years were so much fun. I do miss the games but it is no longer easy for me to go. I must be content to watch the final tournament games on television. I am so glad the local stations broadcast them.

Our teams did not make it to State this year, but we have 3 teams from this county there. First is the Christian high school here in town. The other 2 are both in Orange City. One is the public school and the other is another Christian high school. It is possible that both Orange City teams will end up playing against each other in the final game as they are in the same class!

(UPDATE: The two Orange City teams ARE playing each other in the final game!)

I never played basketball. That was work and I hate work. I am just not into doing sports myself. I enjoy watching others play. My mother told me she played basketball in school. She said their uniforms had bloomers. Here is a picture I found online that shows a girls' basketball team in 1926 wearing bloomers. No, that is not the team my mother was on. I don't have any pictures of her in uniform. And I don't know that they had the sweaters like those in the picture. 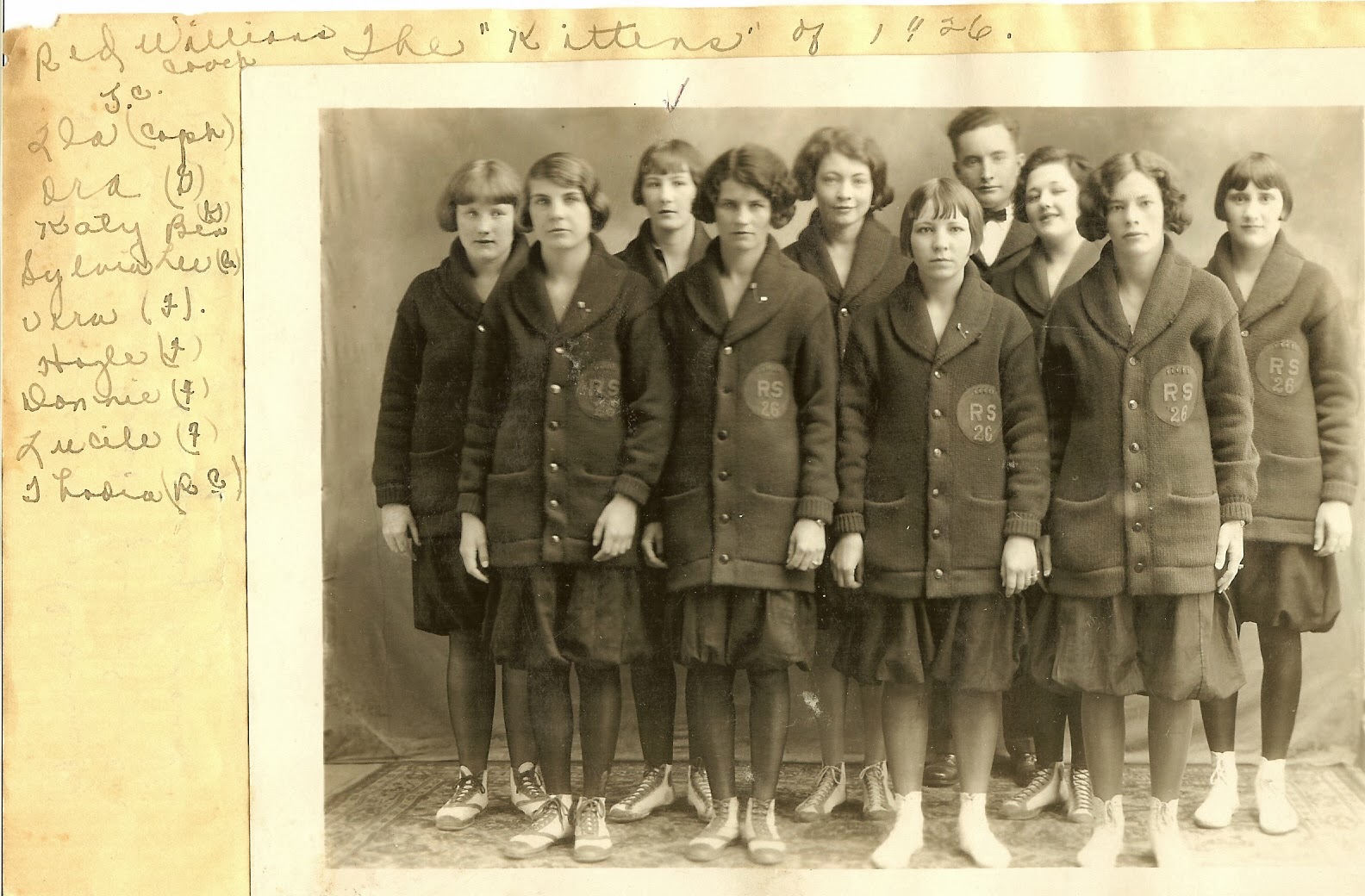 Aren't you glad the uniforms have changed?
Posted by Lorita at 12:30 AM