I have been digging for things again and ran across this wedding invitation that we actually received. I thought you might get a kick out of it. I think this was drawn by the groom's sister.


The front of the card ~ 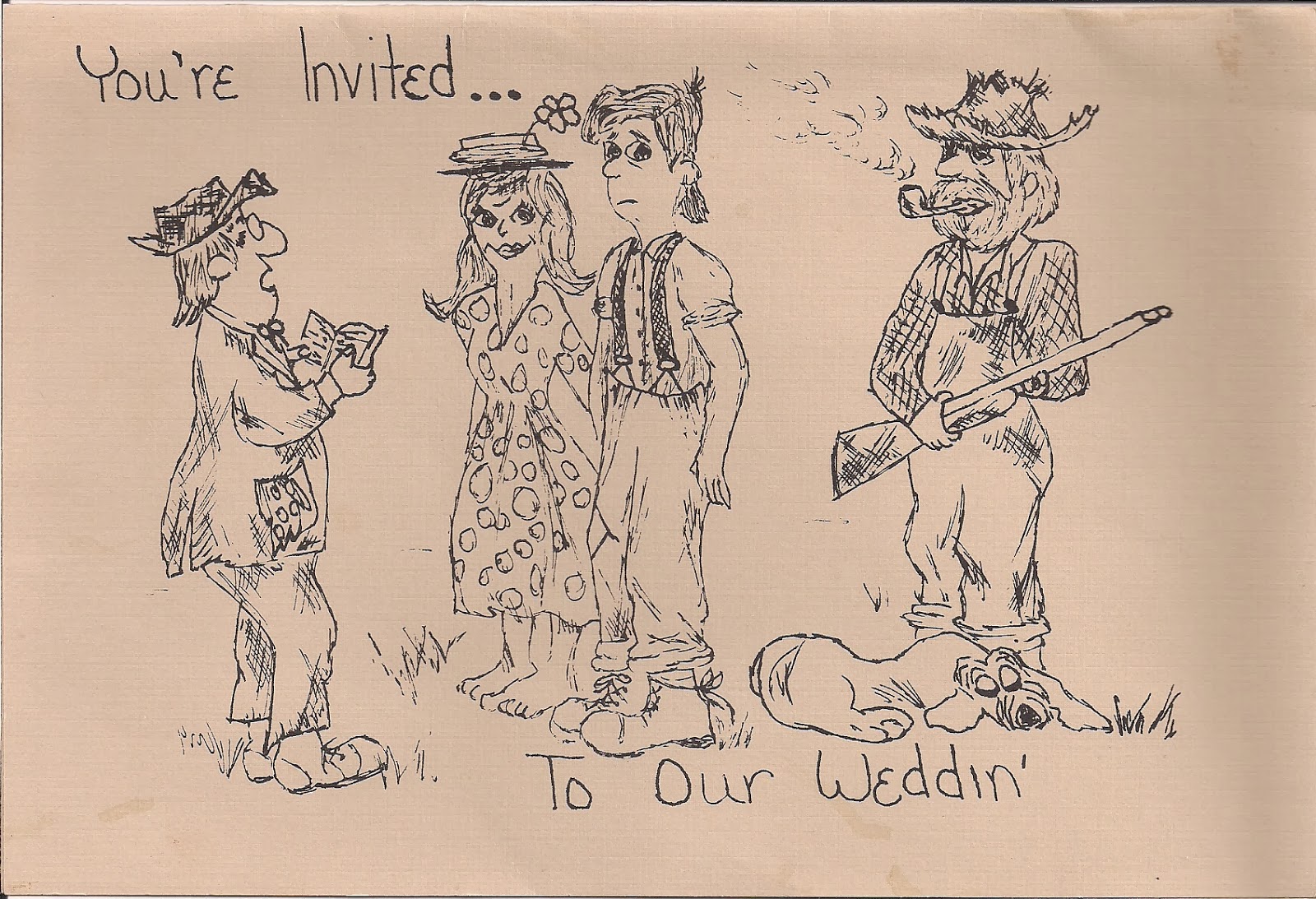 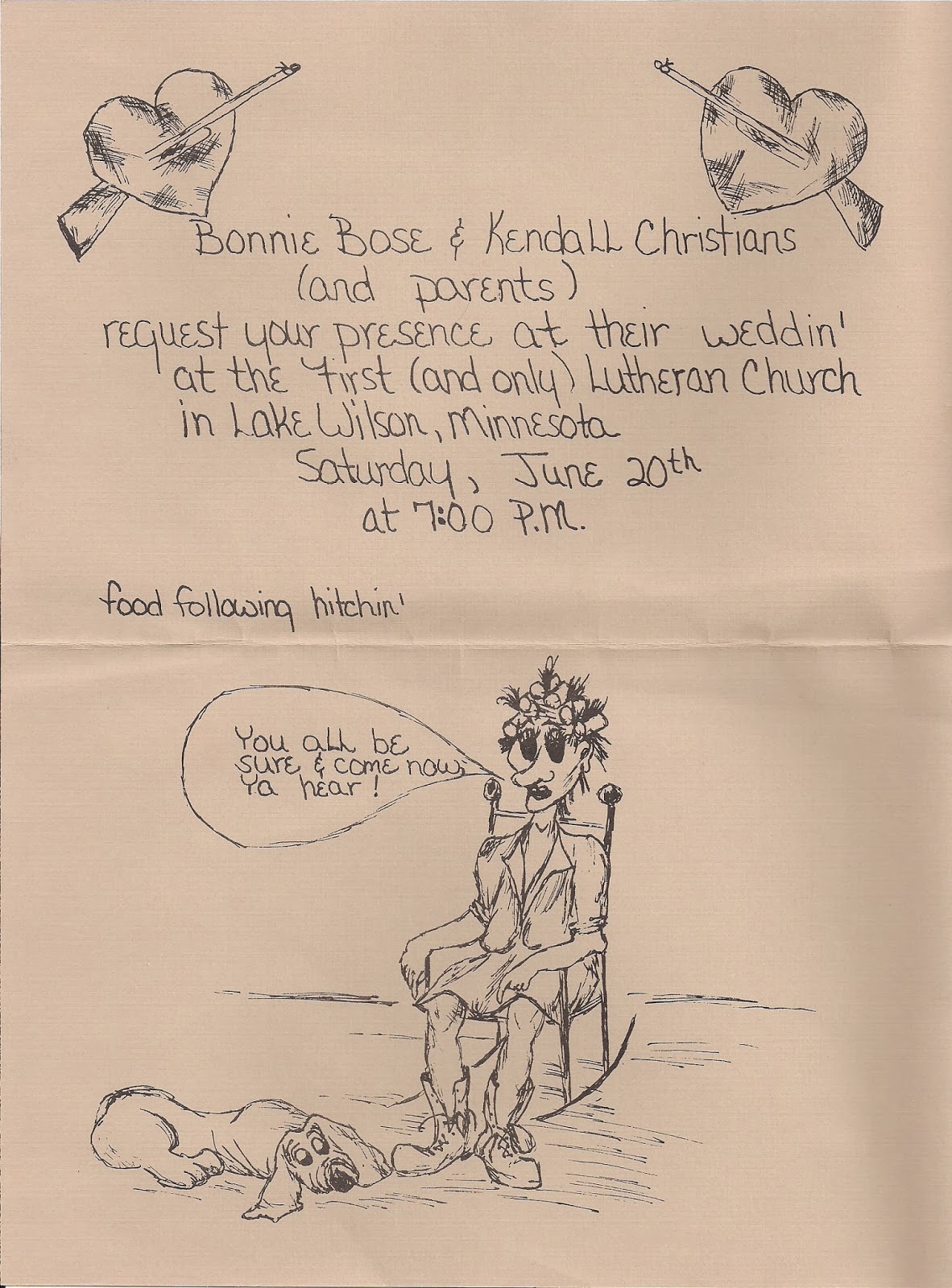 Since she did not include the year, I have no idea when this took place. Since the groom is about the same age as my son, it had to be during the 1980's.

I must be losing my mind because I have been losing things, and am very frustrated right now. I know I have a copy of my great-grandmother's will, and had my hands on it not long ago. And now it has disappeared! I have looked everywhere I think it could possibly be plus a few other places where I tend to put this type of thing. No show. So it seems I will have to take this house apart, piece by piece.

I also thought I had downloaded some plat maps showing where my great grandfather's farm was in the early 1900's, as well as the plat map showing a grandfather's farm where my dad grew up. I wanted to send the one of my great-grandfather's land to the woman in Switzerland. I checked my computer files and did not find either one, nor the link to them! What in the world is going on here? I had also misplaced a couple of letters my uncle wrote from Germany while he was stationed there during WWII. I had just found them yesterday, and today I was going to scan them and they weren't here. I did finally find those again and are scanned. whew! So now. . . . where are you will??
Posted by Lorita at 12:30 AM