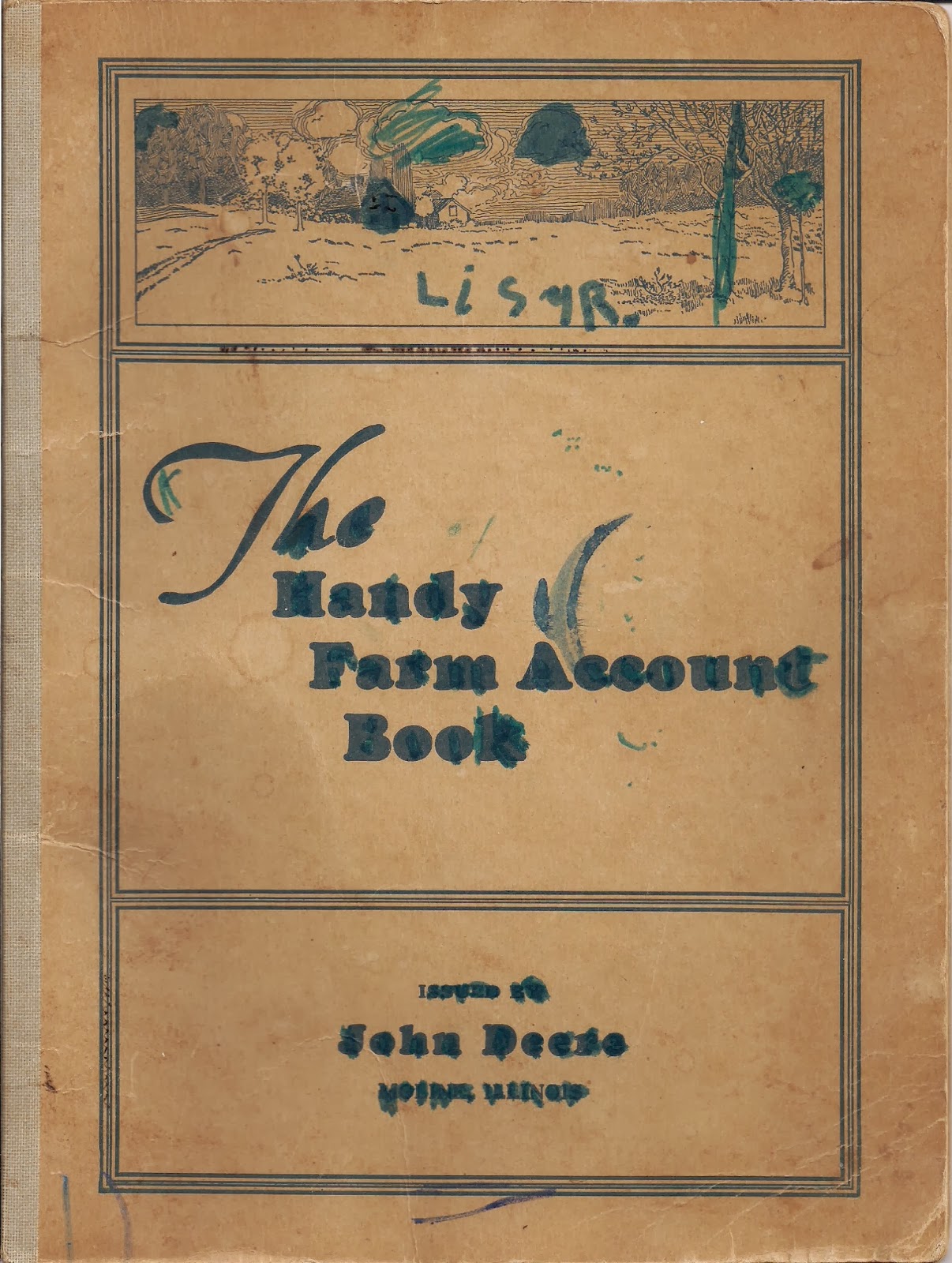 I will keep this short (I think). This post may be of more interest to farmers and gardeners since it is a record of crops planted, how many acres, how much seed used and the yield. They also recorded the dates they started planting grain and corn, each date of cultivating, started and ended haying, cutting grain, picking corn, when fall plowing started, and the first killing frost.

Mom also kept a record of some of the garden produce yields. I thought I had taken a picture of one of the pages, but it isn't in the folder, so I don't have one to show.

Thirty acres of corn was planted May 17-18 but I found no record for amount of seed, cost or yield. Could it have been hailed out? That will remain a mystery.  Corn was picked (by hand remember) October 16 - November 16. In 1934 there were 27 acres of corn planted but no record again of cost, income or yield. It is possible that all the corn was used for feeding livestock, and maybe for seed the next year. I don't know if there was hybrid corn at that time.

There was one acre of alfalfa planted, and yielded 2 loads. Haying started June 12, and ended Aug. 28.

Fall plowing started August 17, which would have been the oat field. And the first killing frost in 1933 was October 7.

I believe the dates are pretty average even for today.

They had one cherry tree! I have not seen a cherry tree in this area, but that doesn't mean there aren't any. We did not have a cherry tree the whole time I lived on the farm. It was harvested in July and the yield was 'several handful'. I had to chuckle at that. It must have been a very young tree.

As for the garden, Mom recorded peas, beans, beets, sweet corn, tomatoes and pickles, but the only yields she put down were 26 pints of peas from 20 cents worth of seeds, 41 quarts of beans (I think green string beans) and 16 bushels of pickles!! I did notice in the pages of receipts they sold a total of 3 bushels of pickles to 4 people @ 50 cents a bushel. But that still left Mom with 13 bushel. She must have canned many quarts of pickles that year! I still have 2 crocks that she made pickles in.

There were pages for other types of records that were never filled in.

Since there are only 64 acres planted with crops as recorded, I suspect the farm was only 80 acres. The rest of the acres would have the pasture for the cows and work horses, and the farm yard with the house, chicken house, hog house and barn. If this was the farm where I know they lived for a few years, there was not a big grove like we had where I grew up.

Did you notice there were no soybeans planted? I don't think anyone knew what a soybean was in those days. Even in later years my dad only planted soybeans one or two years. He did not own a combine so had to hire it done, and that probably was not very profitable at that time.