I just realized that today is March 1! Can you believe it?? It was just yesterday that we were talking about Thanksgiving, wasn't it? My goodness, the days and weeks just fly right on by.

When I was looking for American Girl doll patterns, I ran across a pattern for a sleeping bag with attached pillow, and thought that sounded like a fun thing to have with the doll. I had plenty of blue yarn left from making the Minion beanie hats, and my granddaughter's favorite color is blue, I didn't have to go out and buy more yarn.

This is not completed yet, but here is the picture - 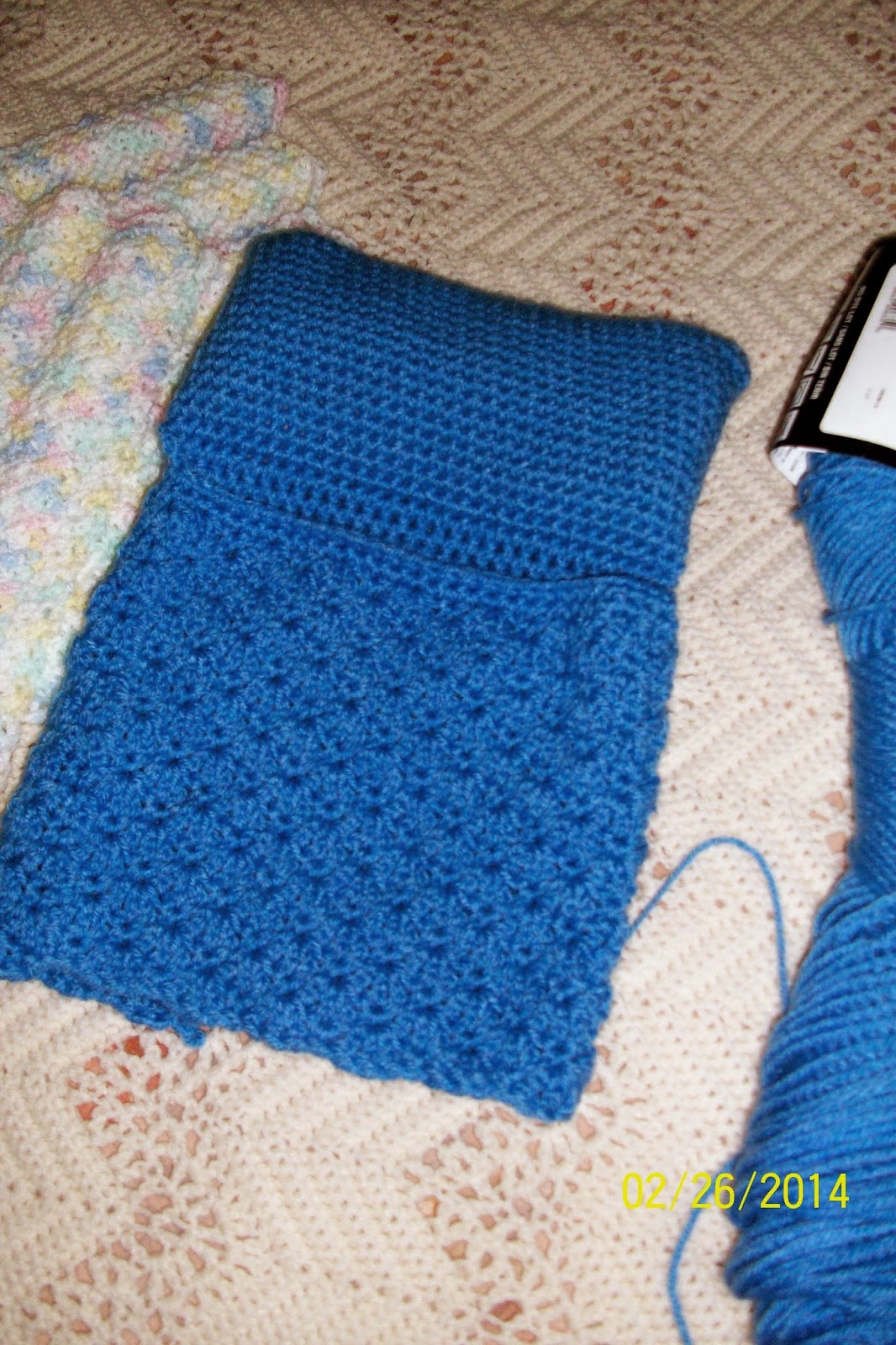 The picture below has one of the leg warmers stuffed inside to give you a better idea of the bag and pillow. 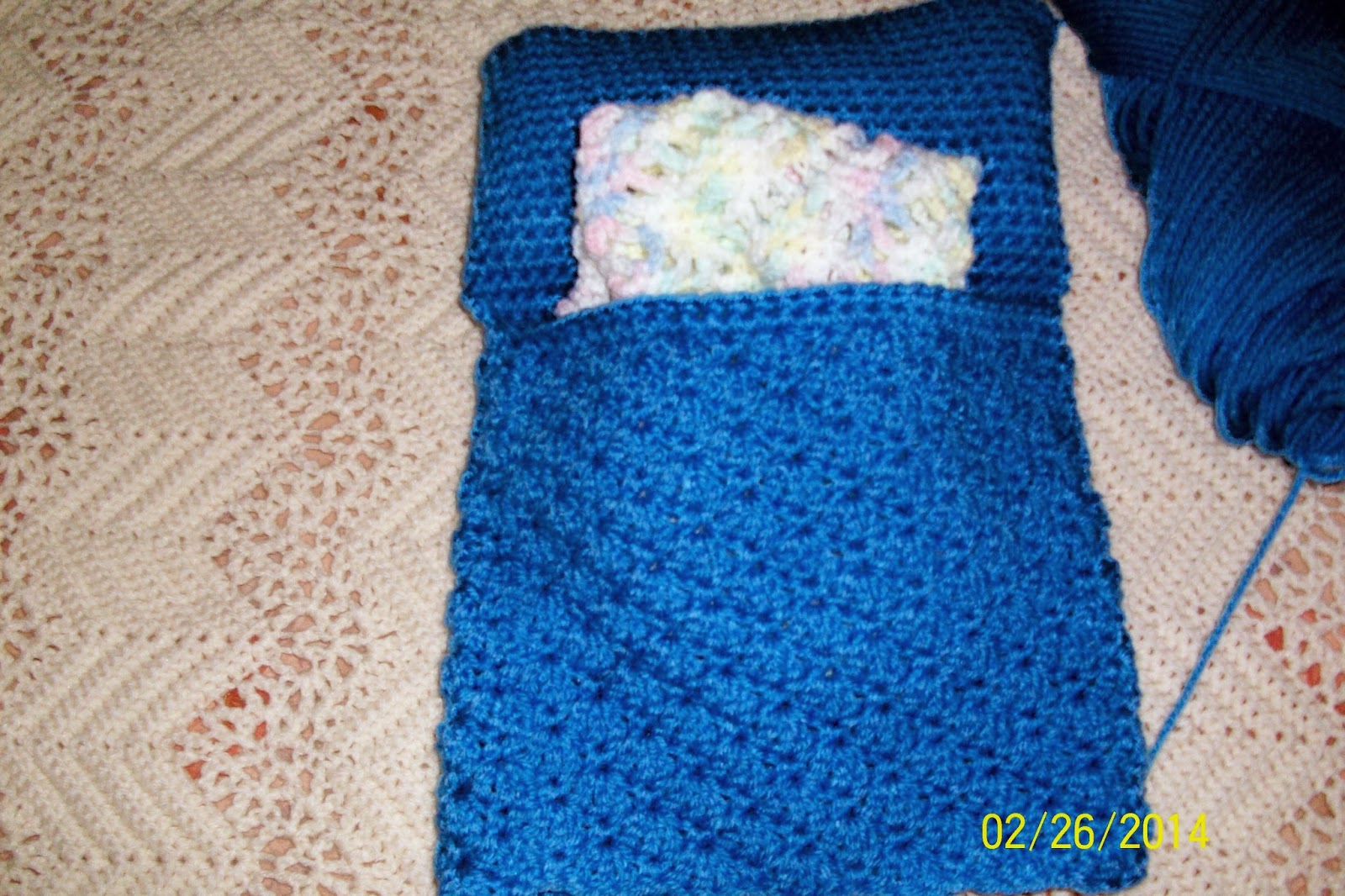 The bag and pillow are made as one piece, which means there is no sewing together afterward! My kind of pattern! I really hate having to assemble pieces. The pillow is made first and even stuffed, before continuing on with the bag part. I thought it might be difficult to work with the stuffed pillow attached but it wasn't hard at all.

I didn't have any stuffing on hand (rare) but I did have a roll of crib size batting. So I cut several layers of that to fit and that worked out very well. I think it worked even better than wads of stuffing. I can never seem to get those wads even and not look lumpy.

The pattern can be found here.

This completes my Pinterest projects made while watching the Olympics. I have printed some AG doll dress patterns that I want to try later, but I need to get yarn for those. And I should borrow a doll to make sure that they fit before giving them to my granddaughter. They might also make it into the collection donated to the church auction if they work out well.

Another thing I did while the Olympics were on, is read a book on my Kindle during the parts that were a little boring and during commercials. I actually got more read that way than trying to read in bed, where my eyes tended to close before I wanted to stop reading.
Posted by Lorita at 12:30 AM