HOME IS WHERE THE HEART IS 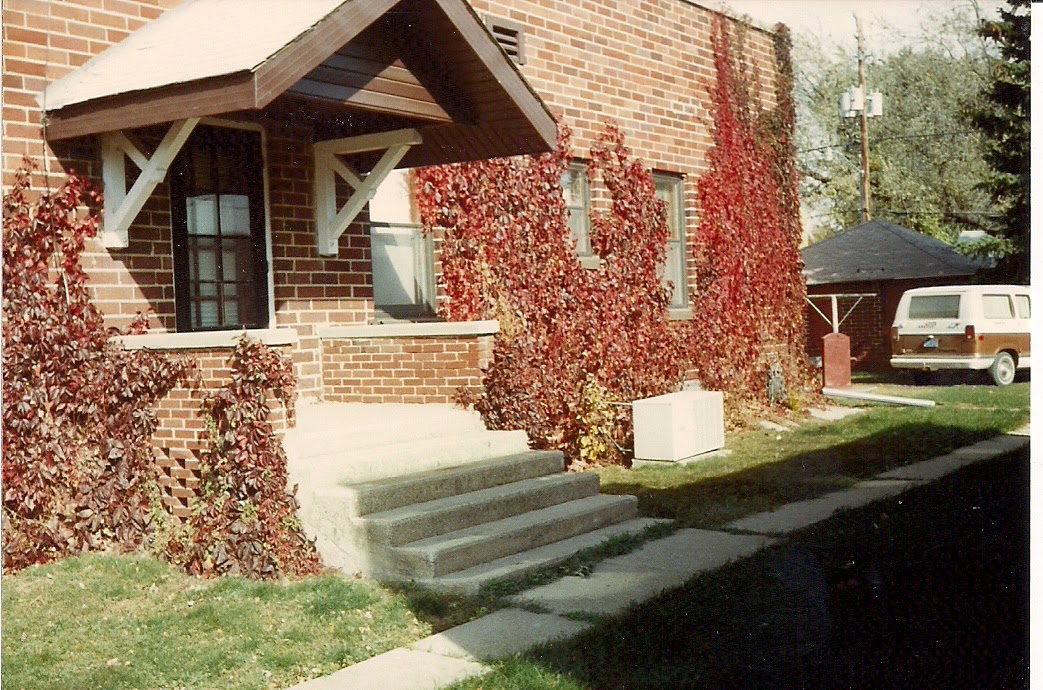 I often talk about the house I lived in with my husband, and the house I was forced to move out of almost 8 years ago. I did show you some pictures of the inside earlier. This is the pretty side of the house. I guess it is actually the 'front' door, but it faces the side yard.

I loved the vines that crawled up on the brick. In the fall, as this picture shows, they turned such pretty colors. Every fall my husband pulled the vines off of the house and cut them close to the ground. One year I made several wreaths out of the vines by wrapping them around a pail. They were not grape vines but did resemble them, right down to the little curlyque tendrils in places. I still have a few of them.

Our double garage is to the far right, behind the old van. 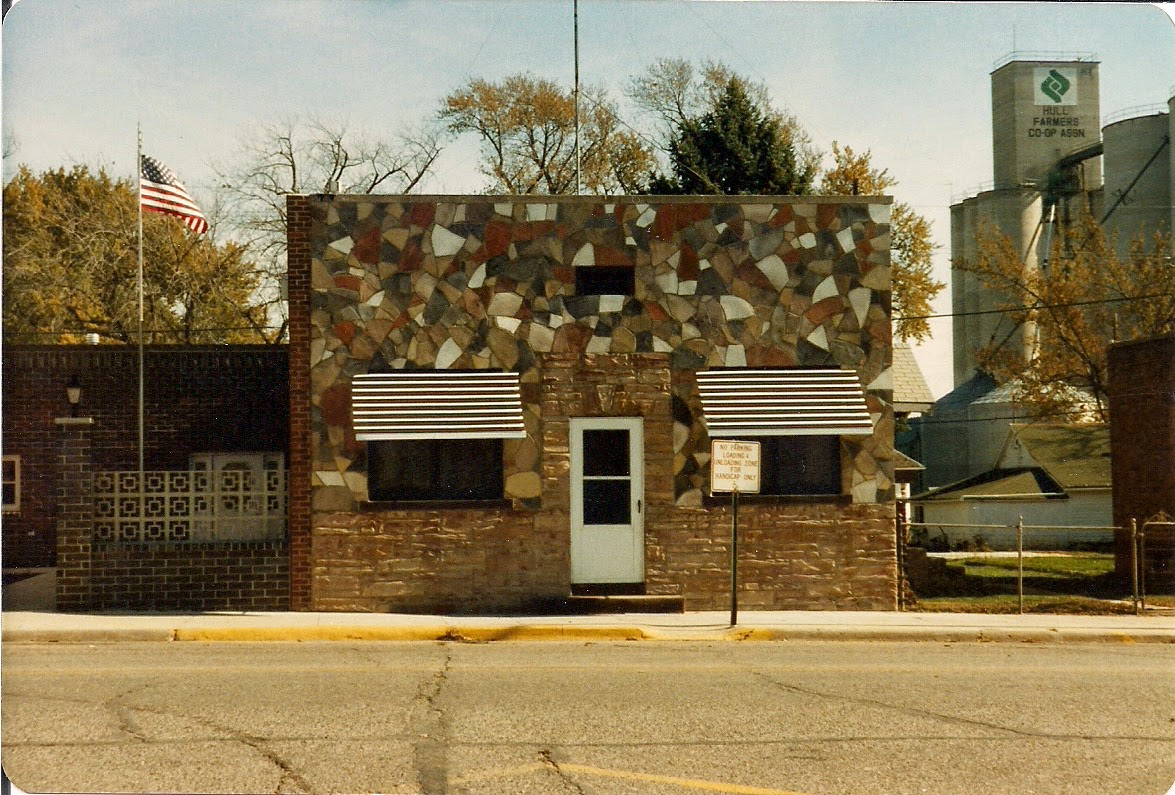 And this is the ugly side of the house! It faces the business district. Those windows behind the awnings were where my husband's first wife had her beauty shop. They were two small room. The washing station and styling chair were in the room on the left, and the hair dryers were in the room on the right. After we got married he sold the equipment and made a sitting room and office which worked out well.

Les that ugly patchwork looking rock facade on after I met him, but before we got married. He did NOT ask my opinion!! I would have chosen something much different. He had that done after he discovered a leak. I think he just needed to have it tuck pointed and the leak would have been fixed. But he had his own ideas. You can see that we did not have a very pretty view out our back door. Grain elevators. During harvest time they were very noisy  because of the corn dryers working all night long. And red corn chaff would blow all over and be like red snow on everything. I don't miss that at all! I am still just close enough that I can hear the corn dryers if I listen close enough, but at least they aren't right outside my bedroom window.
Posted by Lorita at 12:30 AM